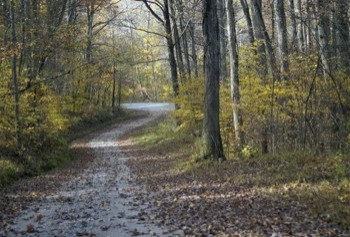 Size: 4,226 acres/1,710 ha.  This Forest is located in northwestern Tennessee, in south-central Stewart County. State Highway 49 was an old rail bed that connected iron furnaces, that now bisects the forest. It is south of the western boundary of the Cross Creek National Wildlife Refuge. The Forest was acquired from a larger tract of land that was the Leech Estate, it became State land in 1935 in lieu of taxes. Later that year Governor McAllister declared it a state forest. There also are many sites of historic or cultural interest on the forest, including hundreds of areas where charcoal was produced, an iron ore pit, and several old house sites and stills. There are also several small areas where prairie grasses have been established. The 101st Airborne Division of Fort Campbell Military Reservation utilizes the forest on a renewable permit basis for training purposes on a biannual basis. Hunting has been a traditional use of the forest. Other recreational activities on the forest include hiking and some mountain biking. There is also an orienteering course developed by a local Eagle Scout for any scouts or group to practice or test skills using compass, pacing, gps, maps, etc.

A large proportion of the forest has received salvage cutting due to blow down of older age class stands in 1983, 1991, and 2000. Approximately 96% is in hardwoods and only about 3% is in pine. The dominant hardwood type is oak/hickory and is generally even aged (70-95 years) containing mostly mature to over-mature hardwood.