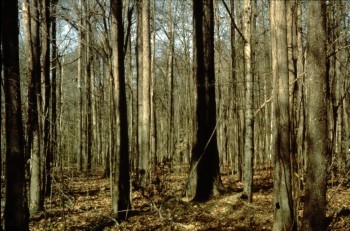 Size: 2,131 acres, (862 ha).  John Tully State Forest, acquired on August 29, 2002, was formed from part of a substantial tract of prime forestland and wildlife habitat acquired from Anderson-Tully, a Memphis-based timber management and lumber company.   Funding was provided by a joint effort of the State of Tennessee, the USDA Forest Service's Forest Legacy program, the Nature Conservancy, and various other private sources including the National Wild Turkey Federation, Tennessee Parks and Greenways Foundation and Wildlife Forever, Inc.

John Tully State Forest had been owned by the Anderson-Tully Corporation since 1902, with timber production as the primary objective.  Almost the entire state forest area was harvested extensively in the years immediately prior to purchase by the state.  In addition, the property has been managed for years by the Tennessee Wildlife Resources Agency (TWRA) as a wildlife management area.  As the only state forest representing western Tennessee's physiogeographic region, it is covered in Mississippi River alluvial bottomland hardwoods and holds some of the state's best hunting and fishing lands.  It is only the second state forest established in the last half-century.