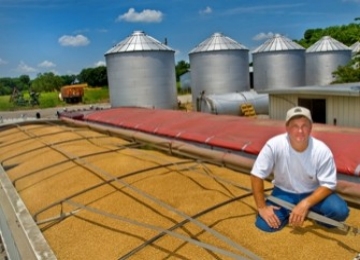 The Tennessee Grain Indemnity Fund was created by an act of the Tennessee General Assembly in 1989 to provide protection for grain producers against the financial failure of grain dealers and warehouses for the purpose of promoting "the state's welfare by improving the economic stability of agriculture."

A referendum was held in June 1990 in which a majority of eligible grain producers voted in favor of the assessment of one cent ($0.01) per bushel on soybeans and one-half cent ($0.005) per bushel on all other grain to fund a program to compensate claimants in accordance with the statute for losses caused by a grain dealer or warehouse failure. The fund is managed by the TDA. The original legislation in 1989 provided for a $3 million minimum balance, which was reached and assessments ceased in April 1997.

Since the fund's creation, $958,996 has been paid in claims to 76 producers for losses sustained as a result of a grain dealer or warehouse failure.

The bushel assessments shall, on or before the 20th day of the month following the end of the month in which such commodities are sold to the purchaser, be remitted by the purchaser to the Department of Agriculture to be deposited in the fund.