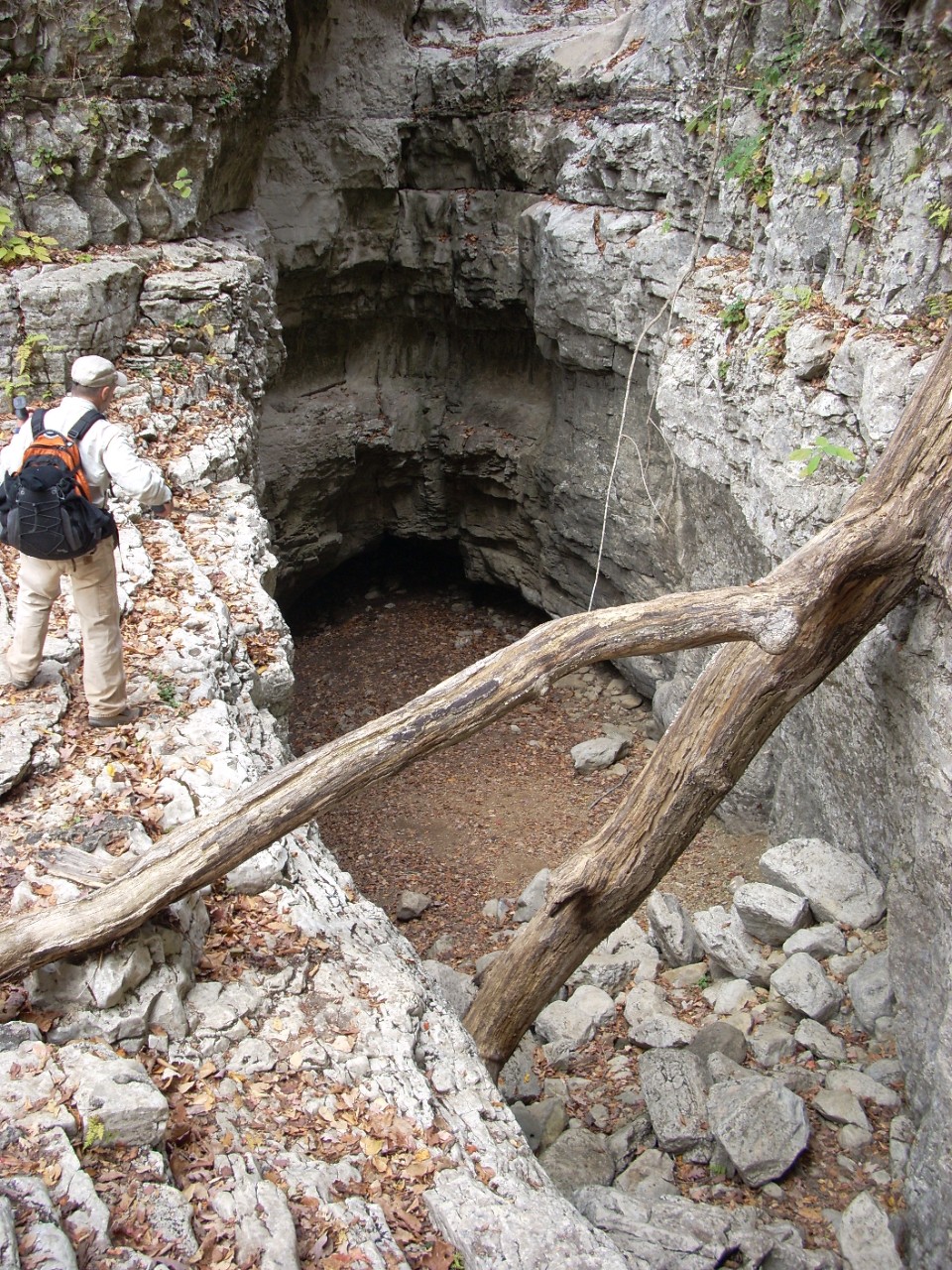 The Walls of Jericho is a 750-acre natural area that is within the 8,943-acre Bear Hollow Mountain Wildlife Management Area (WMA), which is contiguous to the Skyline WMA in Alabama. Both of the public lands on the Tennessee and Alabama side total 21,453 acres. The initiative to acquire this land was a lengthy project completed by The Nature Conservancy in Tennessee and Alabama. The natural area is approximately twelve miles south of Winchester in southern Franklin County. The southern boundary of the natural area follows the Alabama Tennessee state line where the actual “Walls of Jericho” is located.

The “Walls” is an impressive geological feature that forms a large bowl-shaped amphitheater. Embedded in the limestone are bowling ball size holes from which water drips and spouts, creating a unique water feature. This amphitheater gives rise to steep 200-foot sheer rock walls that create the natural feature defining the amphitheater. Turkey Creek drains through the “Walls” and has been an active geological force in creating the amphitheater. The natural area forest is comprised of maples, oaks, hickories, tulip tree, American beech, eastern red cedar, and many other plants commonly associated with limestone. The forestland beyond the “Walls” feature is noteworthy with its many bluffs, large rock outcroppings, caves, and sinkholes.

Not only is the “Walls” significant as a geological feature, but the natural area is also important because of its biological richness. The Turkey Creek drainage, which bisects the natural area from north to south, supports the state-endangered rare limerock arrowwood (Viburnum bracteatum). This is one of only three known occurrences in the state. Other rare species occur in the Turkey Creek watershed. The protection of Turkey Creek also helps protect downstream the Upper Paint Rock watershed where numerous rare mussel and fish species occur in the Paint Rock River.

Open to the Public - Full Access
The access on the Tennessee side connects to the existing trail on the Alabama side that takes you to the Walls. There is no horseback riding permitted or hunting allowed in the natural area.\\