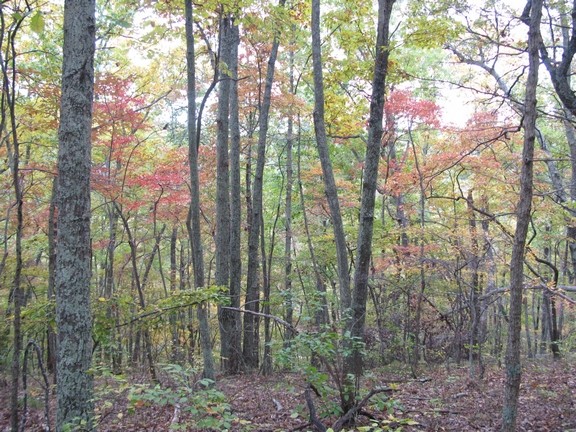 Beaman Park is a 1,678 acre natural area in northwestern Davidson County approximately 15 miles from downtown Nashville near Joelton. The topography consists of ridges and hollows supporting forest vegetation that is characteristic of the Western Highland Rim. The prominent geologic substrate is limestone, shale, and siltstones from the Mississippian Fort Payne and Devonian Chattanooga Shale formations. Outcroppings of shale and siltstones create patches of post oak woodlands with native perennial grasses in the herbaceous layer; these hillside "barrens" are considered to be a rare plant community type. They host a variety of interesting herbaceous plants, including the state-listed and formerly federally threatened Eggert's sunflower (Helianthus eggertii). These distinctive woodland zones have open canopies and often occur on mid- to upper slopes, usually south- to south-west facing, exposing the barrens to the drying effects of the afternoon sun.

Other plant communities include a mixed hardwood alluvial forest, a white oak forest, and a mixed sub-xeric (dry) oak forest. Forest communities occur on steep slopes, dry ridge tops, along alluvial creeks and hollows. In addition, there is a shortleaf pine population on a ridge overlooking the mouth of Henry Hollow. Shortleaf pine is uncommon in Middle Tennessee.

Designated in 2013, Beaman Park was recognized as a significant natural area prior to its purchase by Metropolitan Davidson County Department of Parks and Recreation in 1996. The purchase of the property was made possible because of a significant donation made by the Beaman family, for whom the park is named. Beaman Park provides public parking, a nature center, and hiking trails.

Owned by the Metro Davidson County Department of Parks and Recreation