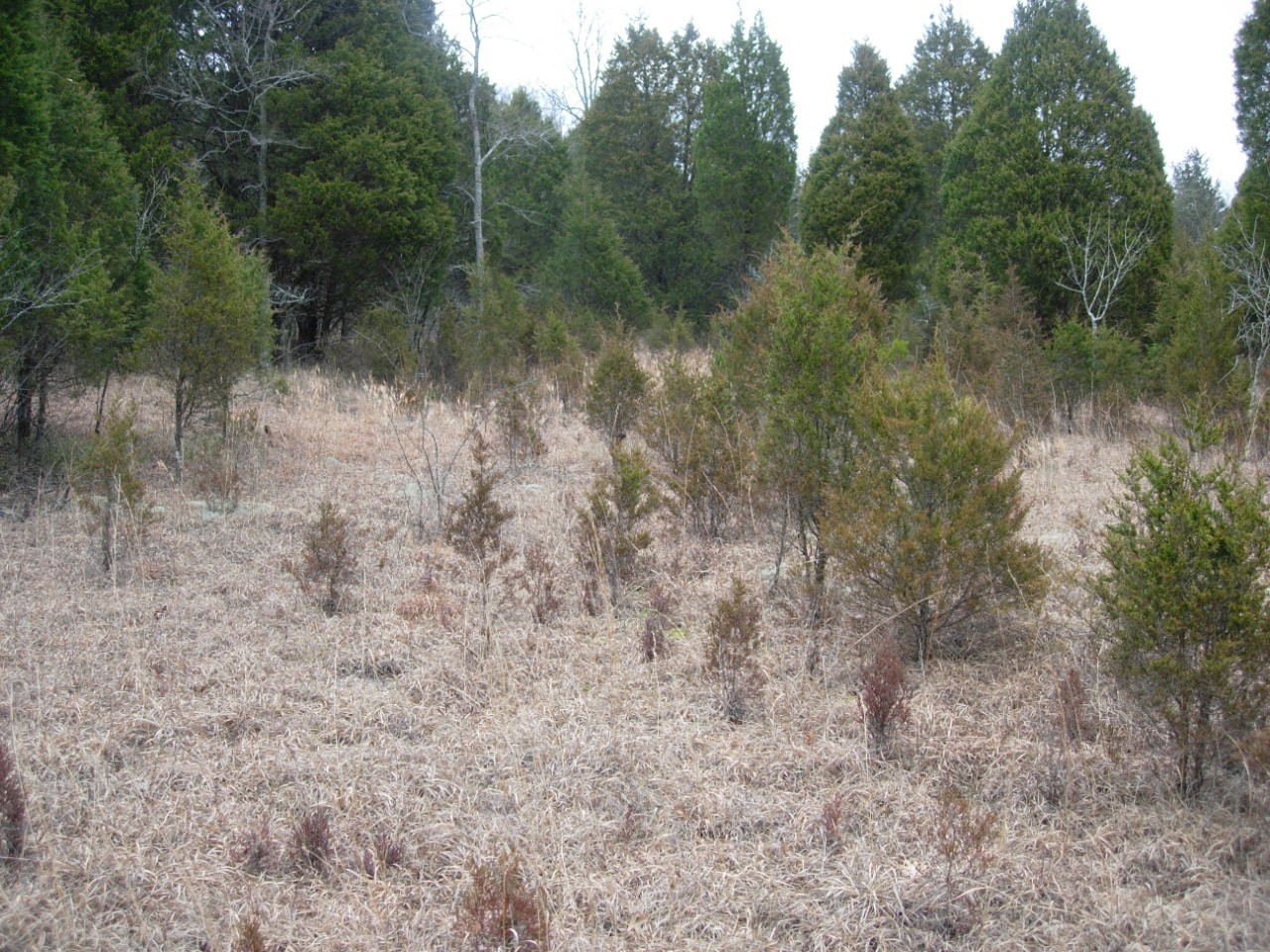 Fate Sanders Barrens is a 230-acre natural area in Rutherford County. It is located on Percy Priest Lake and is under the jurisdiction of the U. S. Army Corps of Engineers (US ACE). Its name derives from a nearby landmark, the Fate Sanders Marina. The natural area is significant because it supports a large open pristine barrens community comprised of perennial grasses and herbaceous plants. Little bluestem is widespread and is the dominant barrens plant here. Eastern red cedar is scattered throughout the barrens and is also a prominent feature. The grassland must periodically undergo prescribed burning to maintain the open condition. Fire keeps cedars and other woody plants from encroaching.

Open to the Public - Limited Access
Public parking and trails are not provided. This site is part of the Percy Priest Wildlife Management Area and is open for hunting under TWRA rules.

From Nashville, take I-40 east and exit on Highway 171 then proceed south on Mt Juliet Rd. for approximately five miles, and then bear left on South Mt. Juliet Rd. for one half mile and turn left on Couchville Pike. Go approximately three miles and turn right onto Weakly Road and go three miles. Fate Sanders Natural Area is on the right just before you get to a bridge. There are no landmarks and the natural area along Weakly Road is wooded.