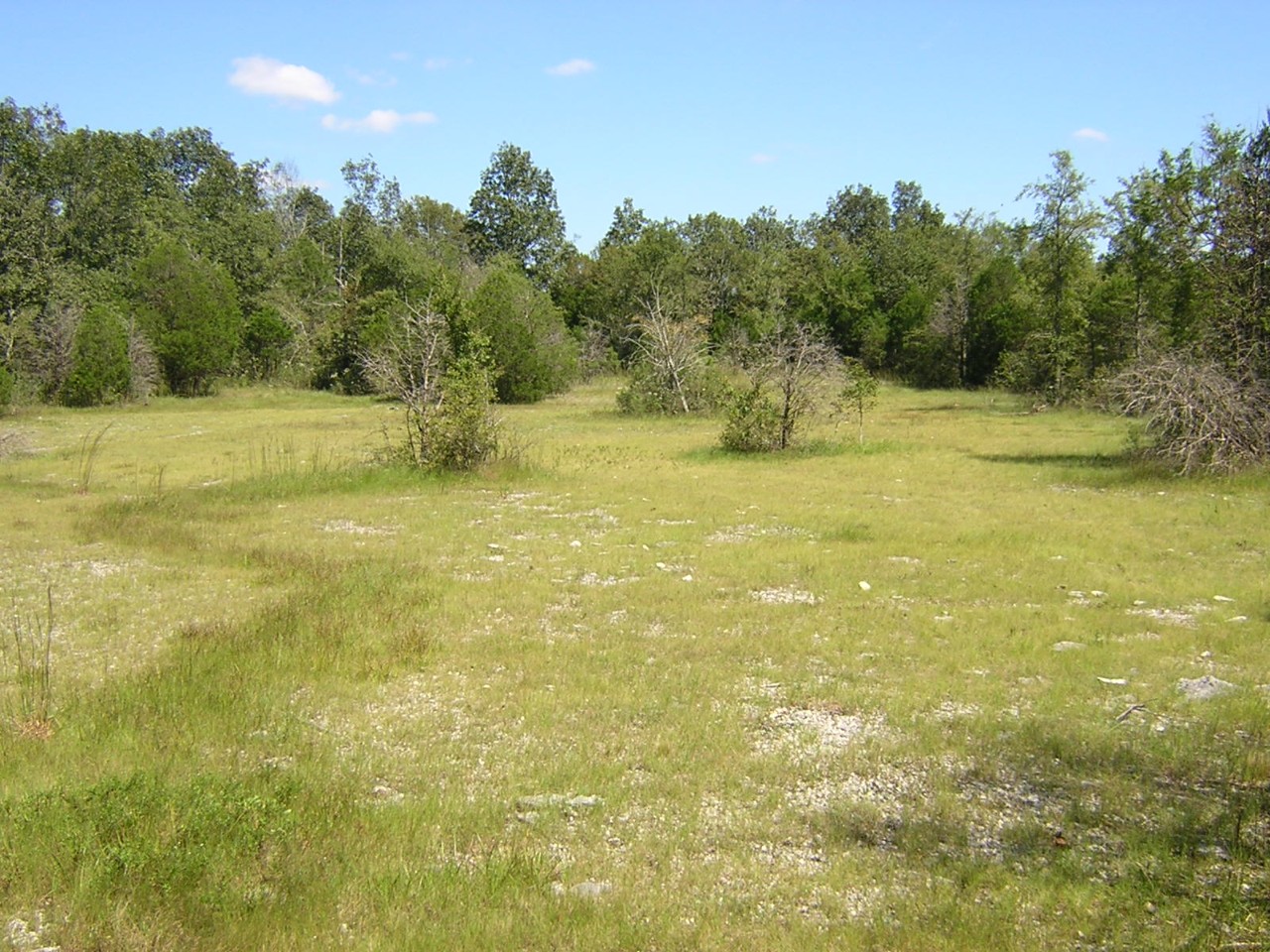 Manus Road is a 22-acre natural area that is located in Rutherford County approximately 10 miles east of Murfreesboro. It supports a high-quality limestone cedar glade with rare and endemic plants that include the federally endangered Pyne's ground plum, (Astragalus bibullatus), evolvulus (Evolvulus nuttallianus) and Tennessee milk-vetch (Astragalus tennesseensis). This Manus Road population of Pyne's ground plum is only one of three populations that are known to occur. All three populations are located within a twelve-mile radius of Murfreesboro. The population is comprised of colonies scattered throughout this area. It was discovered by a private landowner who had read a featured article in the Murfreesboro Daily News Journal about the protection of Pyne's ground plum at Flat Rock State Natural Area. After discovering it on his property, he contacted the Division of Natural Areas and expressed interest in helping protect the plant. He subsequently sold the land to the State at fair market value to be protected as a state natural area.

The acquisition of this property was made possible through funding provided by U.S. Fish and Wildlife Service (USFWS) with matching funds from the State. The USFWS has also provided additional funding for site protection to fence the area to prevent illegal use and prevent damage to the natural area from activities like off-road-vehicle use. This cooperation between the USFWS and State aids in the recovery of this species with the intent to keep Pyne's ground plum from becoming extinct.

The natural area is largely open glades in shallow soil and limestone outcropping. Some small barrens areas with perennial grasses like little bluestem and various forbs are scattered about the site. Small areas of shrubs, cedar, and hardwood trees are also interspersed across the natural area. The usual species of shrubs including glade privet, coralberry, St. Johnswort, and winged sumac occur here along with cedars, winged elm, ash, hackberries, southern shagbark hickory, and various oaks.