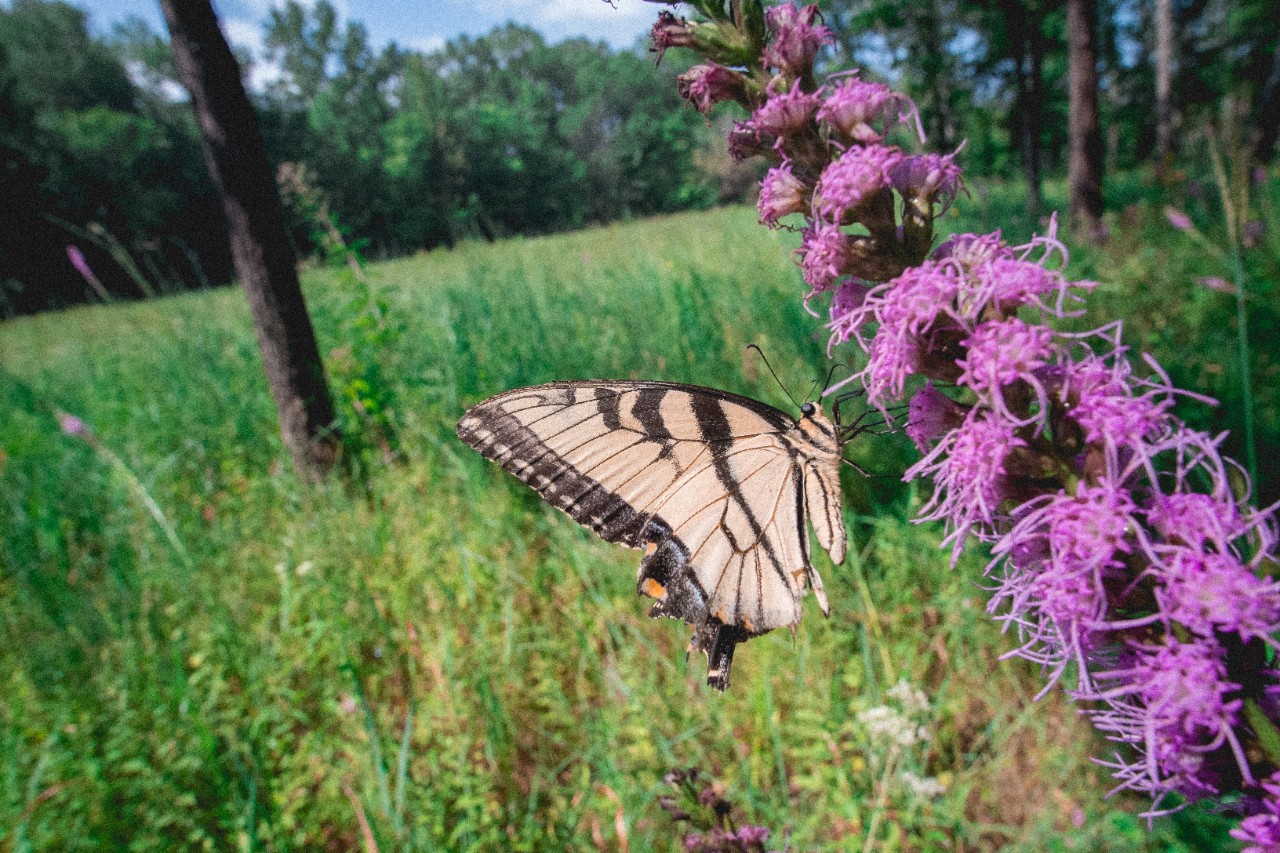 May Prairie is a 492-acre natural area in Coffee County near Manchester. The most impressive feature at May Prairie is the open grassland community that protrudes into the surrounding oak forest where the oak barrens begin. The open grassland is primarily comprised of a little bluestem community and a tall grass prairie community with an occasional sedge meadow found in wet depressions. A swamp forest forms the headwaters of what once was the "prairie tributary." The tall grass prairie component with big bluestem (Andropogon gerardii), Indian grass (Sorghastrum nutans), switchgrass (Panicum virgatum) and plume grass (Erianthus giganteus) tend to follow the old prairie tributary. The little bluestem community represents the drier end of the prairie gradient and is prevalent throughout the open grassland. In spring, the little bluestem community provides a splendid floral display of orange, blue, and white color as Indian paintbrush, false indigo, and bluets appear in full bloom. In late summer many species of sunflower are common with the rare southern dock (Silphium pinnatifidum) and two species of blazing star (Liatris spicata and L. microcephala) prominently flowering.

May Prairie is one of the State's most floristically diverse natural areas with 25 of its more than 300 plant species that occur here considered rare in Tennessee. It supports disjunct plants known from the Atlantic and Gulf Coastal Plains including the only state location for both the snowy orchid (Platanthera nivea) and the coastal false-asphodel (Tofieldia racemosa). In addition, May Prairie has many species common to the Midwest tall grass prairie that are unusual in the Southeast. May Prairie was discovered during a botany foray in 1947 by Dr. A. J. Sharp and colleagues from the University of Tennessee while stopping for lunch at the Prairie Café. They were told that a prairie could be found behind the restaurant.

Management goals at May Prairie include restoring hydrology (including the prairie tributary) where draining for agriculture had occurred, and controlling the woody vegetation encroachment. Prescribed burning is a management tool used in the open grassland and in the oak barrens here. There are a large number of acres of restorable oak barrens associated with the natural area.

May Prairie is also recognized by the Department of the Interior as a National Natural Landmark.

Open to the Public - Limited Access
Parking is available on Asbury Rd. No trails. This area is open to the public every day from sunrise to sunset, but has no developed trails.

From I-24 take the Manchester exist 114. Proceed south on U.S. 41 away from Manchester for approximately one mile. May Prairie is on the north side of U.S. 41 across from an auto salvage business. A small parking area for the WMA is on Asbury Road on the right about one and a half miles off of U.S. 41.