Burgess Falls is a 217-acre natural area in Putnam and White Counties and is located approximately thirteen miles southwest of Cookeville. It is managed by Tennessee State Parks. Burgess Falls lies on the rugged dissected eastern edge of the Eastern Highland Rim resulting in the occurrence of sheer bluffs, narrow ridges, waterfalls, and diverse forest communities. It was named for Tom Burgess. For many decades the Burgess family provided settlers with meal and cut lumber from their grist mill and lumber mill on Falling Water River above the falls.

Burgess Falls is most noted for its scenic value as Falling Water River drops nearly 250 feet over three waterfalls. The last of these falls is the most spectacular and begins where the water comes to the sharp edge of the riverbed and plunges more than 130 feet into the gorge. Protruding rocks halfway down break the curtain of water and spread a mist around the base of the falls. The bluffs rise on each side of the gorge framing the falls in rough gray rock. A steep trail leads to the edge of the falls, and a stairway leads into the gorge.

There are three major geologic periods represented in the natural area that contribute to the formation of these falls. The falls are created where resistant cherty limestone from Mississippian Period Fort Payne Formation sits above Devonian and Mississippian Period Chattanooga Shale. A lesser resistant limestone has dissolved and eroded to form the scenic gorge and surrounding escarpment. The deposition that forms the gorge is from the Ordovician Period and is represented by Liepers and Catheys formations. This is an excellent example of the geologic process that formed the Highland Rim and the Central Basin. Chattanooga Shale is often present and delineates the two subunits. 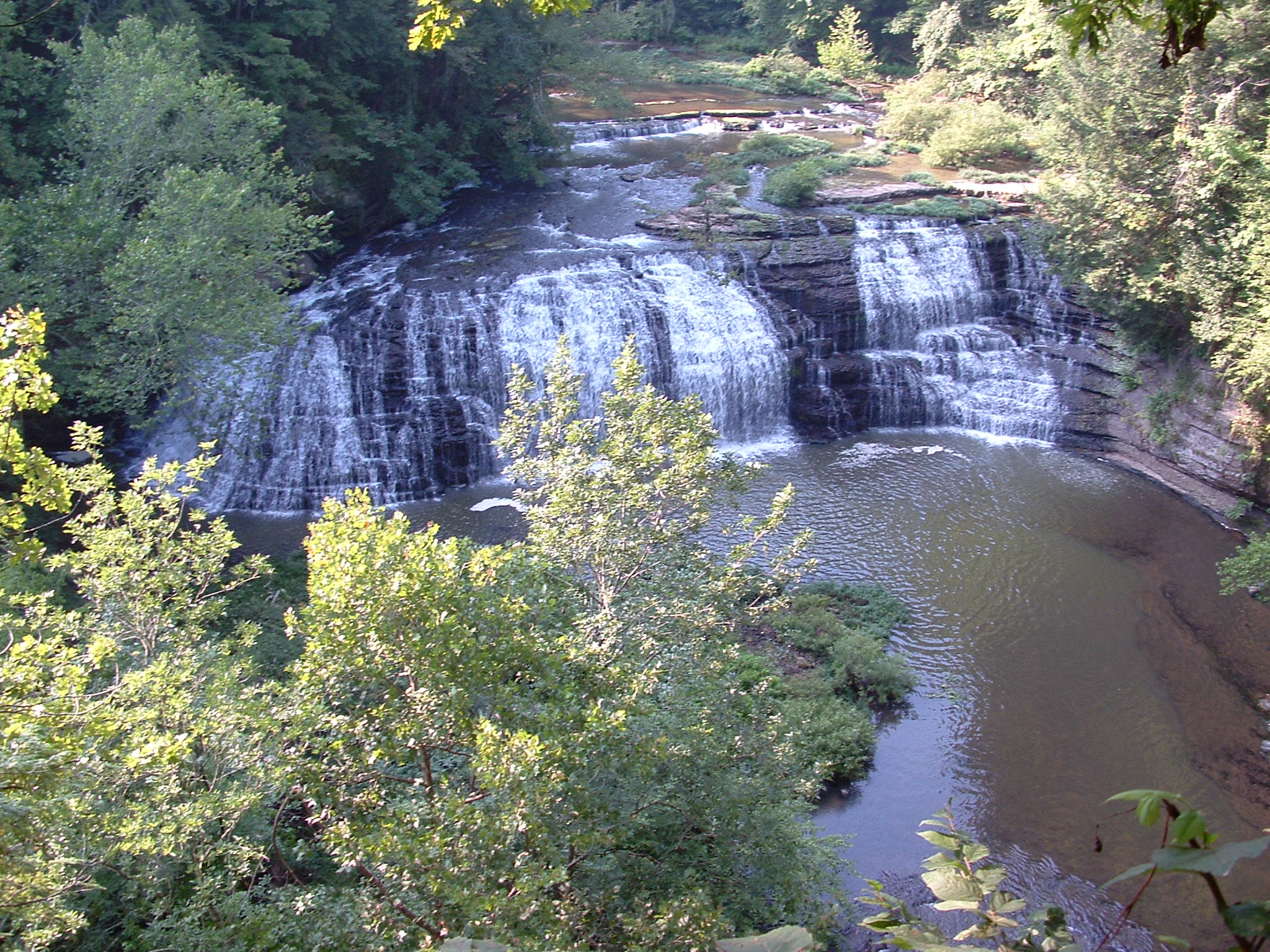 Open to the Public - Full Access. Hiking trails and picnic areas are available. Burgess Falls is operated by Tennessee State Parks. The park is open daily from 8:00 a.m. central until 30 minutes before sunset.

It is located approximately 12 miles southwest of Cookeville on Highway 135 near the White County line.