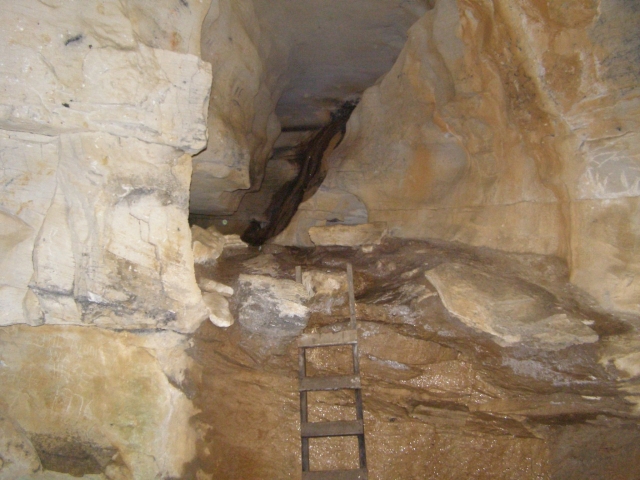 Big Bone Cave is a 400-acre natural area located in Van Buren County on the Cumberland Plateau escarpment. It is named for the discovery of the bones of a giant ground sloth (Megalonyx jeffersonii) in 1811. This skeleton, now on display at the Academy of Natural Sciences in Philadelphia, represents the only known specimen of a giant ground sloth with a complete pelvis. Also significant was the 1971 discovery of the bones of a pleistocene jaguar (Panthera onca augusta). The cave also has historical significance as a saltpeter mine during the War of 1812 and the Civil War, when as many as 300 miners mined the nitrate. The artifacts are remarkably well preserved in the dry cave and represent the state's best-preserved saltpeter mining artifacts. Artifacts in the cave include wooden water pipes, railways, catwalks, ore carts, hoppers, vats and ladders.

The land above the cave is mixed with woodland and areas of past farming, with evidence of past grazing activities. With 9.62 miles of passage, Big Bone Cave is the sixth longest mapped cave in Tennessee. Much of the cave's geology is Monteagle limestone formation that is approximately 380 feet thick. The ridge above the cave is capped by Hartselle sandstone with various strata of formations beneath it. While Bone Cave is technically located on the Eastern Highland Rim, it is considered an outlier of the Cumberland Plateau because of these formations. It is also recognized by the United States Department of Interior as a National Natural Landmark. It is one of only 13 National Natural Landmarks in Tennessee. These landmarks are recognized as the country's best remaining examples of major biotic communities and geologic features.