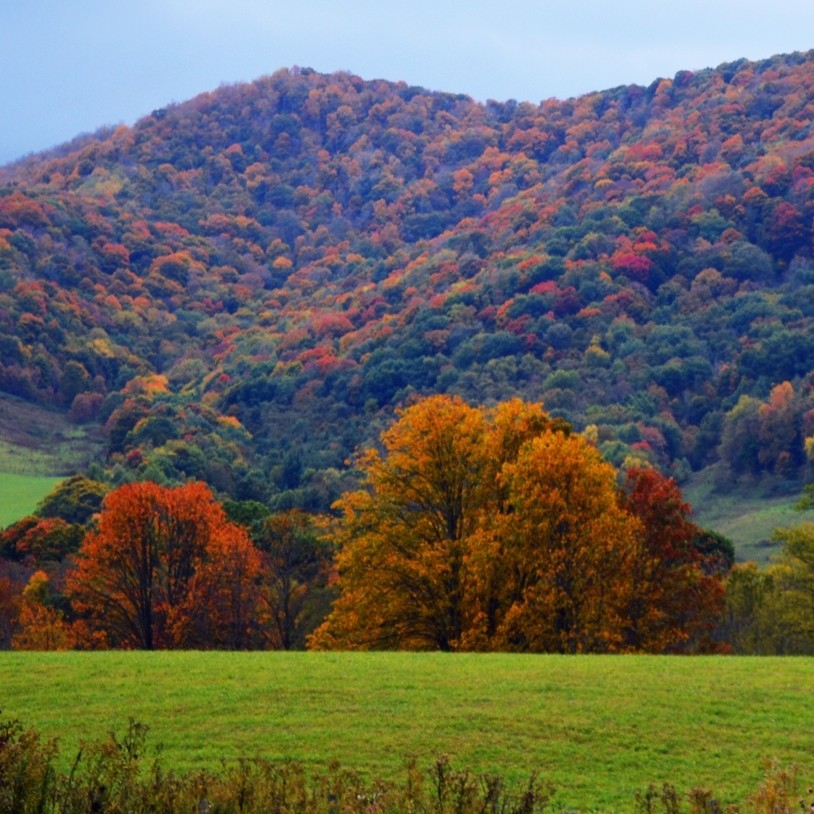 Hampton Creek Cove is a 693-acre natural area located in Carter County outside of the town of Roan Mountain and is very near Roan Mountain State Park. The Cove is in the Southern Appalachian mountains and lies between 3,000 to 4,800 feet elevation. The upper boundary is contiguous with the Cherokee National Forest just below where the Appalachian Trail (AT) crosses the Little Hump and Hump Mountains. The Cherokee NF is where the upper reaches of the Left Prong of Hampton Creek originate. The creek is a prominent feature bisecting the length of the natural area, draining young and mature forests, seeps, and farmland. The Left Prong is considered one of the most productive native brook trout streams in East Tennessee and has undergone brook trout restoration overseen by the Overmountain Chapter of Trout Unlimited and the Tennessee Wildlife Resources Agency. Seeps, which were once the source of drinking water here, are fairly common on the surrounding slopes.

Hampton Creek Cove is managed daily by the Southern Appalachian Highlands Conservancy (SAHC). SAHC is dedicated to the preservation of the ecological and cultural heritage of the Southern Appalachian Region. The conservancy retains a caretaker for the cove, a man and his wife who were born and raised in Hampton Creek Cove, who graze cattle and horses on approximately 100 acres of open pastureland. Fencing along the creek and other riparian restoration activities are used to demonstrate the compatibility of natural area preservation and agricultural practices. Past land use is apparent at places like the old Lenoir Shell cabin ruins, where you can see vestiges of a mature grove of butternut trees and remnants of stonewalls built in the late 1800s and early 1900s.

The abundant areas of old field and early forest succession provide excellent nesting habitat for golden-winged warblers, a rapidly-declining, neo-tropical migrant species. Because the area is so important to this warbler, the National Audubon Society designated it an “Important Bird Area” in 2005. The Birchfield Trail follows the Left Prong through pasture and forest making this a very popular birding location. Presently, the trail traverses a northern hardwood forest community on mid and upper slopes where yellow birch, striped maple, northern red oak, and tulip popular are dominant species. In partnership with the National Park Service and the Overmountain Victory Trail Association, two certified segments of the Overmountain Victory National Historic Trail are recognized inside Hampton Creek Cove. This trail retraces and protects the historic route of the Overmountain Men in their march to the Revolutionary War’s 1780 Battle of King’s Mountain. Hiking is also available on the Shell Hollow Trail, where you can enjoy carpets of white-fringed phacelia in the early spring and marvel at huge, old-growth trees.

No matter your vantage point from the trail at Hampton Creek Cove, you are sure to enjoy the bountiful history, flora, wildlife, heritage varieties of apples, and vistas which are of unequaled Southern Appalachian mountain heritage and beauty.