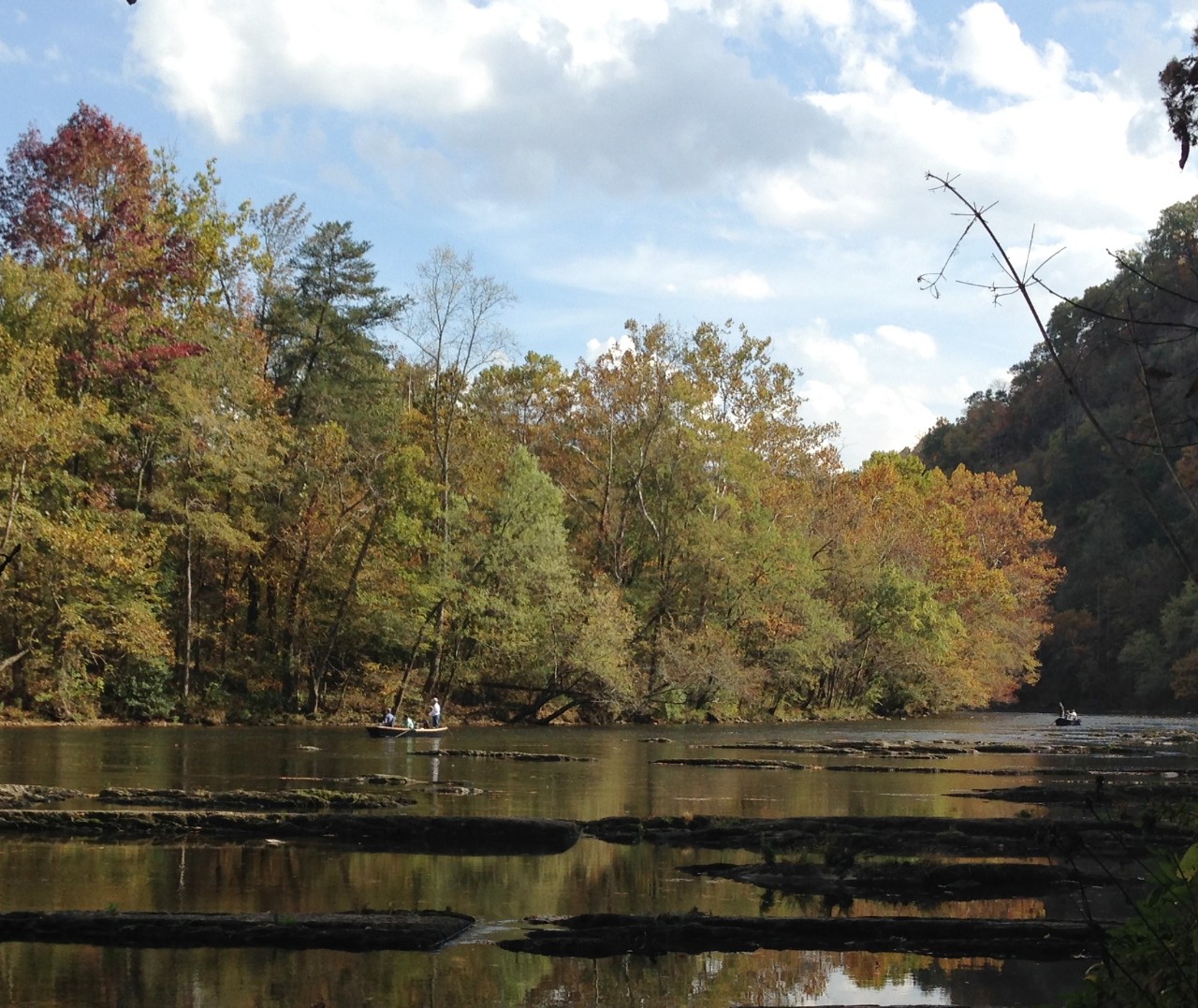 Watauga River Bluffs is a 50-acre natural area located in Carter County along the Watauga River. Its most conspicuous feature is the steep slope that drops more than 200 feet to the river's edge. The slope and the narrow bluffs make up most of the 50 acres. It is ecology noteworthy because Watauga River Bluff supports the largest known population of the state-listed Carolina pink (Silene caroliniana). This population is mostly concentrated in an open dry chestnut oak forest occurring on the west to south facing upper slopes. This community has white ash as an associate canopy species and a sub-canopy comprised of bitternut hickory, eastern red cedar, and serviceberry, with a spare herbaceous layer.

The steep slopes are extremely fragile as shale fragments continuously slough off and results in talus that accumulates near the bottom. The chestnut oak extends down slope where more mesic conditions and deeper soils support white oak, eastern hemlock, tulip poplar, and yellow buckeye trees. There is an area adjacent to the bluff where hemlocks were prevalent until they were killed by an infestation of the hemlock woolly adelgid, a small insect that feeds on the trees. This area and much of the lower slopes are rich with spring wildflowers and ferns that include hepatica, trilliums, spring beauties, Jacobs ladder, and trout lily.

The river bluff natural area has been undeveloped and unoccupied since the 1950s. Today it remains a rugged landscape harboring a diverse plant community. The area south of the bluffs has been scarred by coal and shale extraction and has been planted in clover and fescue. The spread of invasive exotic pest plants pose a serious problem because of past disturbance and a fragmented landscape. The area is favored by anglers who can access the Watauga River through the natural area and enjoy trout fishing there.

Open to the Public - Full Access
The area is open from sunrise to sunset. There is a hiking trail to the Watauga River for hikers and anglers. Parking is available for about eight vehicles. No trash bins or other accommodations are provided. Please practice leave no trace ethics.

From Johnson City, take Route 400 (Watauga Road) toward the Watauga River. Pass the old Saint John’s Milling Company. Look for Woodlyn Road on the right and then Steam Plant Road on the left. Take Steam Plant Road, bear to the right going up hill away from the river, cross the railroad track and pass the church. The road bends 45 degrees to the left and the parking area is about 1/10th mile on the right. The hiking trail leaves from the back of the parking area. It is approximately 1/4 mile to the river and one mile to the terminus of the river trail.