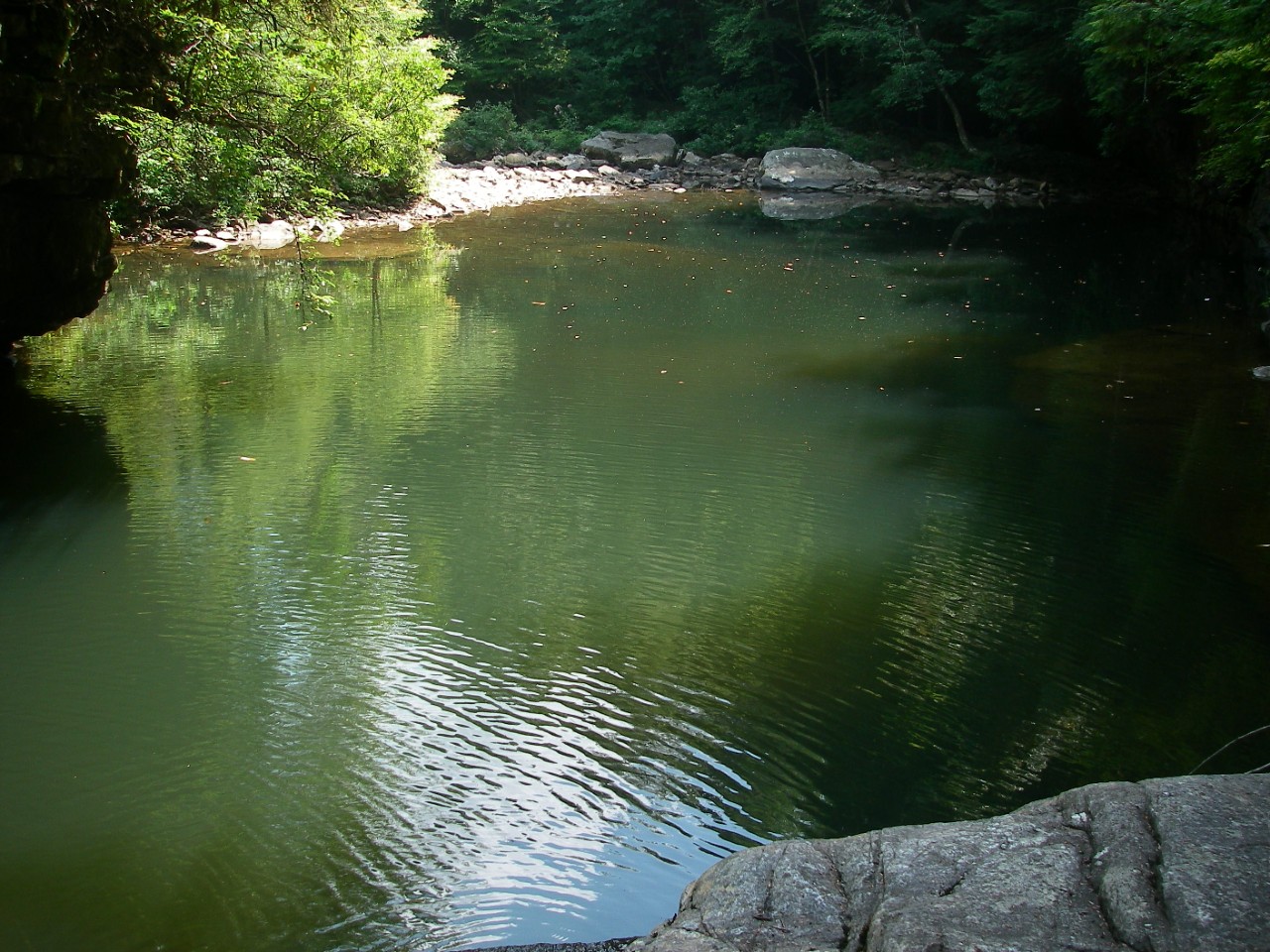 North Chickamauga Creek is a 7,093-acre natural area located in Hamilton and Sequatchie Counties. It is an outstanding deep gorge cut into the sandstone plateau of Walden's Ridge on the Cumberland Plateau. The gorge is approximately ten miles long with steep slopes, sandstone bluffs, and rich coves. A high diversity of plant and animal habitat exists in the gorge. Ten state and/or federally listed plants occur here including the federally threatened large-flowered skullcap (Scutellaria montana) and the federally endangered Virginia spiraea (Spiraea virginiana). Bald eagles and peregrine falcons have also been reported here.

A mixed mesophytic forest combines with oak-hickory, and oak-pine forests to form a rich mosaic throughout much of the gorge. Small pockets of old growth forest with towering tulip poplar, yellow buckeye, and basswood occur in remote locations where rugged topography has protected the forest from past logging. On the uplands and bluffs, there are oak-hickory and oak-pine forests, upland ponds, and sandstone glades and barrens. Riverside shoals and stream cobble bars in North Chickamauga Creek provide habitat for several threatened and endangered plants.

The creek is a popular kayaking stream during parts of the year. It is also a popular destination for hikers. The natural area will also serve as a trailhead for the Cumberland Trail State Scenic Trail, which will pass through it. The Cumberland Trail, the state's only linear state park, when completed will be 300 miles in length cutting through 11 Tennessee counties from the Cumberland Gap National Historic Park on the Tennessee-Virginia-Kentucky border to the Signal Point near Chattanooga.

North Chickamauga Creek Gorge is located 15 miles north of Chattanooga. There is access to hiking in the gorge and on the plateau. To the gorge, take Highway 27, exit at Thrasher Pike and turn left, go about a mile to Dayton Pike, and then turn right and proceed a mile to Montlake Road. Take a left and proceed 1.5 miles to the entrance on the left. To the top of the plateau, turn off of Dayton Pike left on Roberts Mill Road. At the top of the escarpment, go straight onto Hixson Springs Road and proceed about 1.5 miles to the grassy field and parking area opposite Standing Rock Road.