Fall Creek Falls is a 16,181-acre natural area located within Fall Creek Falls State Park in Bledsoe and Van Buren counties. Its waterfalls, cascades, sparkling streams, gorges, forests, and cave features make it one of the most visited natural areas and state parks in the southeast. Fall Creek Falls is the highest waterfall east of the Rocky Mountains, plunging 256 feet into a shaded pool. Piney Falls, Cane Creek Falls, and Cane Creek Cascades, which also occur in the park, are smaller but equally impressive falls. A pine-hardwood forest covers much of the tabletop plateau above the falls. There is a rich mixed mesophytic forest in the gorges, and old-growth mixed mesophytic forest occur in four areas of the gorge. In the 1950 classic work "Deciduous Forests of the Eastern United States," ecologist Lucy Braun described the forest at Fall Creek Falls as including tulip poplar, basswood, buckeye, northern red oak, white oak, hickories, eastern hemlock, and American beech, among many other species. This type of forest is the most diverse forest in the eastern United States and has more dominant canopy species than any other deciduous forest type.”

Fall Creek Falls had its start in 1935 when the National Park Service began buying the land. The first park facilities were constructed under the Works Project Administration. The park was turned over to the Tennessee Department of Conservation in 1944. The state resort park facilities, which are excluded from the natural area, were developed in 1968. The earliest residents of this area were Native Americans followed by the early white pioneers who began farming, logging, and mining the area during the late 1800s. Evidence of their stay in the area can still be seen throughout the natural area and park. TWRA manages hunting during the regular statewide hunting season in certain locations of the park that are designated as a Wildlife Management Area. Consult the latest hunting guide for dates and regulations.

Open to the Public - Full Access
The natural area is operated by Tennessee State Parks. There is parking, over 30 miles of hiking trails, backcountry camping, a nature center, and picnic areas are available. Fall Creek Falls State Park is a resort park with a restaurant, cabins and inn rooms, meeting space, a swimming pool and a golf course. 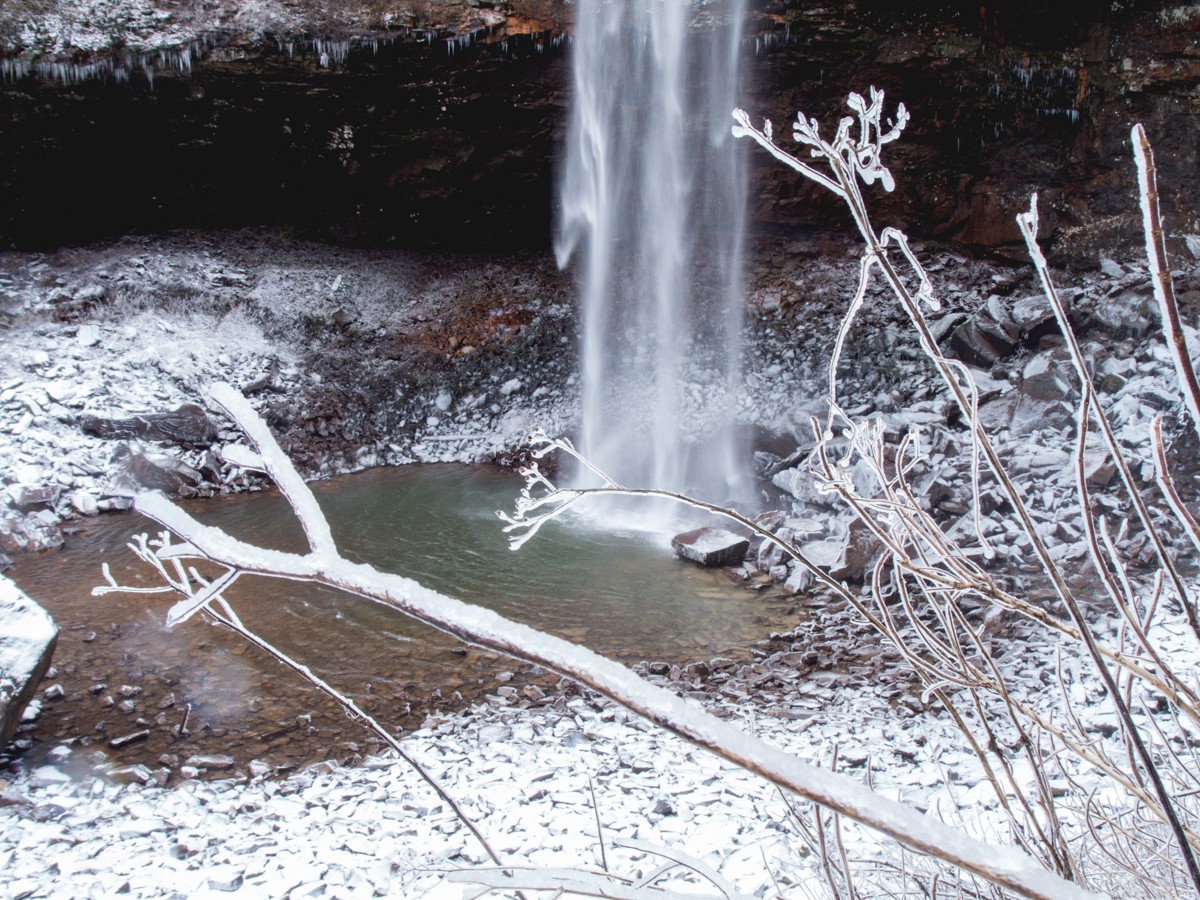