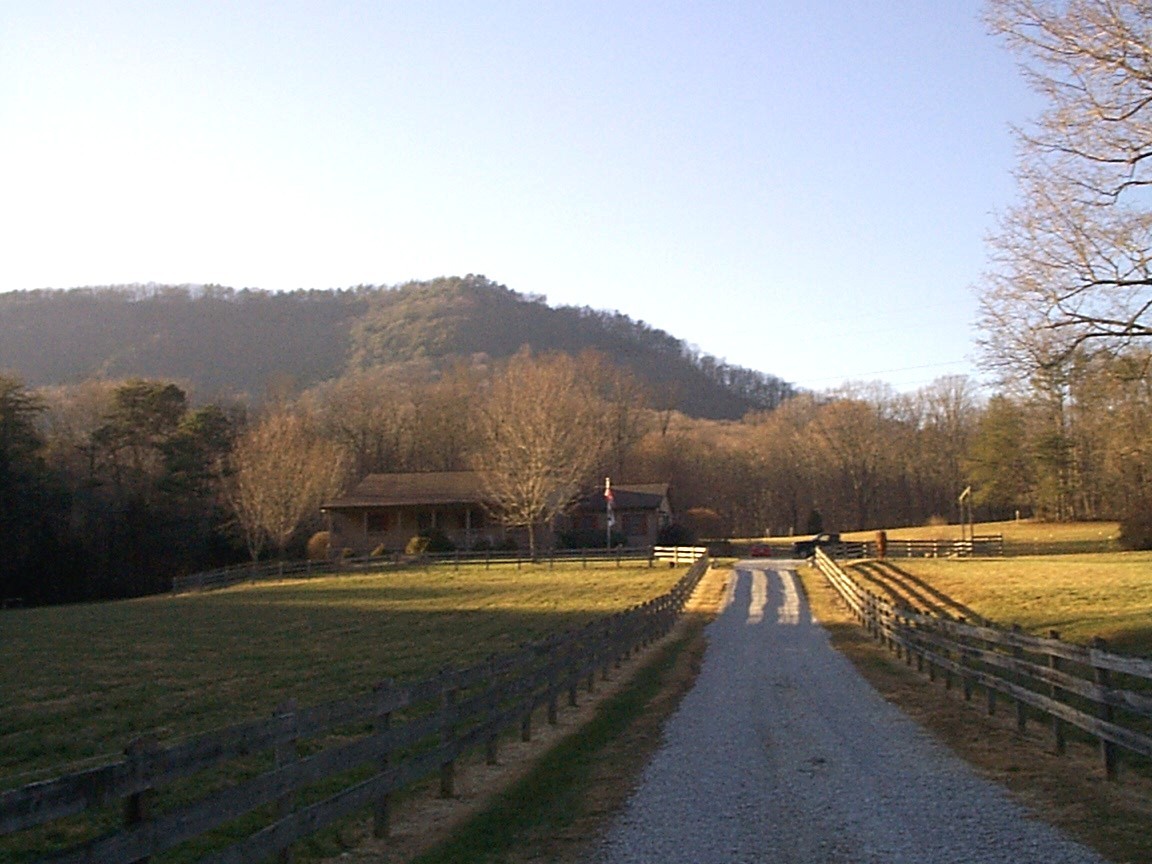 House Mountain is a 527-acre natural area located in Knox County only 15 miles driving distance from downtown Knoxville. It is cooperatively managed by the Knox County Parks and Recreation Department under a lease agreement with the state. The 2,100-foot crest of House Mountain provides significant vistas where visitors can gaze upon the parallel ranges of the Unakas to the southeast and Cumberlands to the northwest, each some 30 miles away.

Before erosion by Big Flat Creek, the gently dipping bedrock layers underlying House Mountain once extended to Clinch Mountain, which lies approximately two and a half miles to the northeast. The bedrock structure represents a large synclinal fold that formed during the Appalachian mountain building event called the Alleghenian Orogeny. Folding and faulting of the bedrock occurred approximately 250 million years ago when tectonic plate motions caused the collision between North America and Africa. Through geologic time, dissolution and erosion have separated House Mountain from its larger parent, Clinch Mountain. It is one of the best observable examples of geologic change that shaped the Ridge and Valley of East Tennessee.

The steep slopes of House Mountain are heavily wooded and possess a unique combination of scenic views, rock outcrops, and a variety of bird and plant life. This is a rare combination of scenic and ecological values near a metropolitan area. Great sandstone boulders, encrusted with lichens, crown the western rim where rock outcropping support chestnut oak and Virginia, pitch, and table mountain pine. Mountain laurel, huckleberry, partridgeberry, trailing arbutus, and other flowering plants adapted to dry sandstone outcropping are found along the crest. A chestnut oak forest extends from the crest down the mountain where, at lower elevations, conditions associated with limestone, greater moisture, deeper soils, and north-facing slopes support a forest of sugar maple, tulip poplar, ash, buckeye, and other mesophytic species. This moister habitat favors the greatest density and diversity of spring wildflowers.

House Mountain is a favorite place for birdwatchers. Migrating hawks and warblers can be observed from the mountain. Pileated woodpeckers, scarlet tanagers, wild turkeys, and more than one hundred additional species of birds have been observed on the mountain. House Mountain is drained by several unnamed tributaries of Roseberry Creek and by Hogskin and Brice Branches, which divide it from the 1,500 feet high McAnnally Ridge, which lies to the east and south. Unfortunately, past disturbances and House Mountain’s close proximately to Knoxville have resulted in serious management concerns caused by invasive exotic pest plants.

Open to the Public - Full Access
Parking. Trails. Public access is allowed from sunrise to sunset. Please remain on the trail at all times and do not shortcut the trail switchbacks. This helps prevent trail erosion and decreases the need for volunteer maintenance. Pets must be on a leash.

From Knoxville, Tennessee, take I-40 East. Exit on U.S. Highway 11W (Rutledge Pike) and go north and east on Rutledge Pike. After about 10 miles, look for the “House Mountain State Park” sign on the right side of the highway and then turn left on Idumea Road. Turn left on Hogskin Road. The parking area is less than a mile on the right.