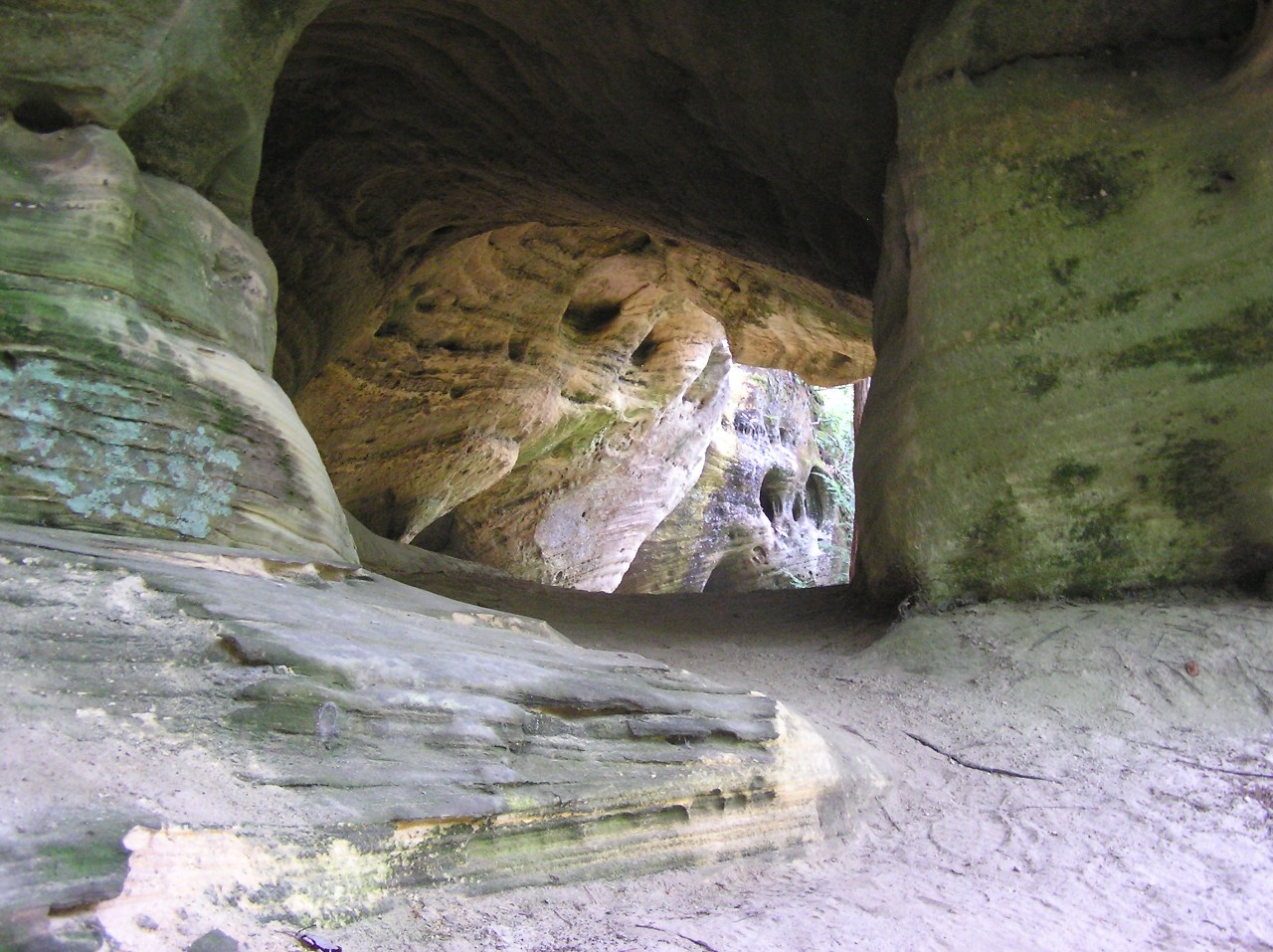 Pogue Creek Canyon is a 3,000-acre natural area located on the northern Cumberland Plateau in Fentress County. It is contiguous to parts of Pickett State Forest and very near Pickett CCC Memorial State Park. The Tennessee Chapter of The Nature Conservancy (TNC) acquired Pogue Creek Canyon to protect it from development, then sold the tract to the State in 2006, It was then designated as a state natural area.

The area is named for Pogue Creek which, along with its tributaries, forms and traverses the deep, magnificent gorge that makes this area so special. Pogue Creek is a tributary of the Wolf River, which empties into the Cumberland River. The topography and plant communities in the natural area are characteristic of the Cumberland Plateau, with rich forests and scenic sandstone formations. The narrowest sections of the gorge are often dominated by eastern hemlock, magnolia species and red maple, with rhododendron and mountain laurel forming the shrub layer. As the gorge broadens, the forest becomes a mix of tulip poplar, beech, sycamore, yellow birch, maples, American basswood, yellow buckeye, oaks and hickories. This type of forest is characteristic of the mixed mesophytic forest found in the Cumberland Plateau's gorges. Sugar maple and American beech forest are common on many slopes while oaks, hickories, red maple, and pines become dominant on drier upper slopes and along the bluff line.

The area has abundant, immense, sheer bluffs and cliffs that provide wondrous displays of exposed, reddish-orange and yellow layers of sandstone. Multiple rockhouses and sandstone formations occur along the hiking trail and provide astonishing, picturesque rock structures to marvel at and photograph. The rockhouses are habitat for rare species such as Cumberland sandwort (Arenaria cumberlandensis) - a federally endangered plant species. The state-listed species Lucy Braun’s snakeroot (Ageratina luciae-brauniae) is only known from four counties in Tennessee and is locally abundant in the rockhouses at Pogue Creek Canyon. Limited botanical inventories indicate that the diversity of Pogue Creek is botanically significant, with more than 300 plant species recorded by spring of 2006.

Open to the Public - Full Access
Parking. Hiking trails. Public access is allowed from sunrise to sunset. No rock climbing. Pets are not recommended due to vertical ladders and steep drop-offs.

From Knoxville, take I-75 north to the Huntsville/Oneida exit. Follow State Routes 63 and 27 to Oneida and then follow State Route 297 all the way through the Big South Fork National River and Recreation Area. West of the park, turn right onto State Route 154. Go one mile on State Route 154 and look for the gravel parking area and trailhead for the Pogue Creek Canyon State Natural Area on the left. From Nashville, take I-40 east approximately 90 miles to exit 300 to Monterey, take TN 62 E 15 miles to US 127 N turn left go 20 miles to TN 154, go east about 8 miles to the parking area.