After talking with his nurse practitioner about his blood pressure, weight and an upcoming surgery, Stephen made some lifestyle changes. He's lost more than 100 pounds, and is looking forward to a healthy future with his grandchildren. Find out which resources he recommends for other Tennessee State Government employees who can relate to his story.

Debra - Intellectual & Developmental Disabilities
Debra took charge of her health by taking advantage of Working for a Healthier Tennessee's challenges and events with her co-workers.

Charlie - Human Services
After finding out she was in kidney failure from diabetes, Charlie made a lifestyle change.

Morgan - Intellectual & Developmental Disabilities
Morgan was an obese teen with high cholesterol and prediabetes. Now she's healthier than ever!

Kristin - Human Services
Kristin didn't let a foot surgery keep her down. After recovering, she explains how she built strength and lost 50 pounds.

Morris - Agriculture
When he was diagnosed with diabetes and watched both of his parents suffer from it, Morris took control of his health.

Heidi - Agriculture
After years of not feeling well, Heidi was diagnosed with Type 2 diabetes. Learn how she took control.

Jeremy - Human Services
Learn how a Working for a Healthier Tennessee challenge motivated Jeremy to live a healthy lifestyle. 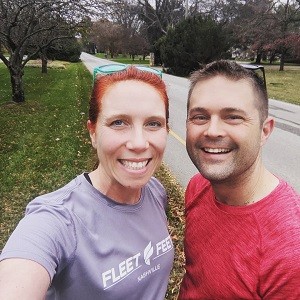 The beginning of the pandemic was difficult for me, as it was for many others. A few months before the pandemic began, I had finally gotten some traction with healthier habits. I was using a wellness app and going to the gym regularly and was losing weight. But when the pandemic started to impact Tennessee, my world turned upside down. I began working from home, and the workload and work stress were higher than ever. I was juggling my own schedule with my kids’ schedules as they were adjusting to virtual learning. My gym shut down and there was a lot of anxiety about leaving the house at all. I was worried the success I had seen with healthier habits would be lost because of the change in circumstances. So, I made the conscious decision to commit to continued healthy habits.

First, I continued using the app on my phone. It was easy to use and I had built-in accountability through my assigned coach. Plus, I was paying monthly for it, so I was committed to getting my money’s worth!

Second, I re-committed to running. My husband started running with me and we really encouraged each other. We ran several virtual races together, including his first half marathon! Then as the hot summer months started and my motivation waned, I started a “run streak.” My initial goal to was run every day from Memorial Day to July Fourth. I ran past that goal and set a new goal of Labor Day. Then I ran past that goal too, and ultimately ran more than 100 days in a row. I recently started a new run streak and want to break my previous record!

As a result of those two habits, I lost about 15 pounds. I wanted to keep the momentum going and added in a new habit: lifting weights. I purchased some basic home gym equipment: a set of dumbbells, resistance bands and a stability ball. Then I downloaded a fitness app from a local celebrity trainer. I started with her 30-day challenge. Because I paid for it, I was really committed to doing it. At the beginning, the workouts were nearly impossible. I had to take several breaks throughout and modify many of the exercises. But I stuck with it and loved seeing myself become stronger. I have since finished several challenges through the app and feel stronger than ever. (I can finally do push-ups on my toes now!)

Finally, I committed to adopting a few healthy habits to address stress and anxiety. I renewed a commitment to a yoga practice, which I had done on and off for years. Since I couldn’t go to a yoga studio, I began doing yoga at home. I started doing yoga on YouTube during my lunch breaks. (My dog even got in on the action!) When I can, I join an outdoor yoga class. Once the acupuncture studio reopened, I began regular acupuncture. These practices have really helped to ground me and manage stress and anxiety during this tumultuous time. 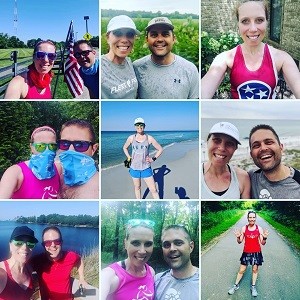 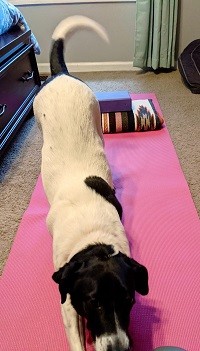 Anonymous - Self-care Through Meditation and Yoga

The healthy change that I made was to begin an intentional practice of self-care with meditation and yoga. These complementary practices have provided stress relief and a feeling of inner well-being.

Working from home can cause one to feel “stuck” and disconnected from society. I began to think about improving my mindset about remote working by developing evidence-based solutions for better emotional and physical health.

With so many wonderful apps and YouTube videos, I began to research different subscription-based options to do yoga in the comfort on my own home. I found a wonderful company that offers various levels of yoga classes by leading teachers and meditation experts from around the world.

My initial goal was simply to try to reduce stress during the day. What I ended up developing is flexibility and an improved self-image through acceptance and mindfulness.

I was very intimidated by what I thought yoga was supposed to be, a series of impossible poses and stretches. After studying and actually taking a few beginners classes, I quickly learned that it is not about how well you do a pose. It’s more about how you feel about yourself in simply moving and accepting yourself in that moment. Very liberating.

Do not let fear stop you from trying something new. You may discover something wonderful on the other side by simply trusting yourself.

I started my weight loss journey in 2012, shortly after I had my first child and had gained 60 pounds. I started to notice I would become out of breath very quickly, and I would always feel uncomfortable in my clothes. I had my second child in 2015 and I still struggled with keeping my weight under control. Starting here really has helped me maintain my weight. Being a part of the Biggest Loser Challenges give me some accountability and help me stay focused on where I want to be with my health.

I drink five to seven bottles of water daily. I try my best to keep my eating habits on track. Taking advantage of the workouts offered here give me that extra movement I need instead of sitting all day. I also work out at home, taking my kids to the park and finding many ways to increase my heart rate. 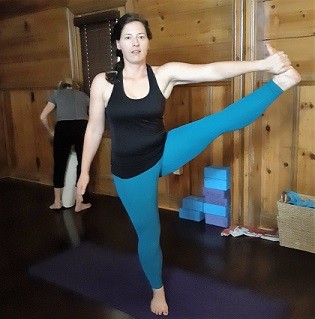 As a teenager I began taking an active interest in my health. I developed an understanding and foundation for physical and mental wellness. By cutting down on my portion sizes, making healthier food choices and exercising (mostly walking and strength training), I lost 70 pounds. Through the years I have continued to make my health a priority. I have developed a love for many different exercises. I even taught spin class, weight training and High Intensity Interval Training (HIIT) for many years. With both of my pregnancies I gained 78 pounds and lost all of the weight by eating healthy and exercising. I have been on my wellness journey for almost 20 years. I make healthy choices most of the time but also give myself leeway to not exercise as well as having “treats” (ice cream!) occasionally. Now that my husband and I have children, we are both working on helping them develop a foundational understanding about wellness. Our hope is that by instilling this from an early age they will both develop a personal responsibility and love for wellness.

I decided I was tired of being overweight and unhealthy. I joined a weight loss plan and a gym. At the gym, I focused on cardio at first. Now, I incorporate weights and strength training into my routine as well. I try and get to the gym four to five days a week. I have lost more than 100 pounds and have kept it off!

I stay motivated by keeping my old driver's license in my wallet and an old picture in my bedroom. I have come so far and don't want to go back to the person that I was. That person was unhealthy and unhappy.

I've learned that we are all going to slip up sometimes and it's okay. If I have a slip-up, I just get right back on track. I no longer use the excuse that since I didn't follow my plan for one meal, I should just throw in the towel. The next meal, I am right back to eating healthy.

I don't think I would have made it this far without my support system. I am worth the effort and I am stronger than I think. 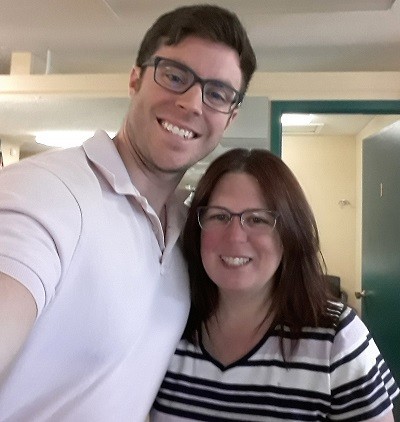 In April 2018, I decided that I wanted to lose weight, eat healthy and exercise. I knew it would boost my morale and improve my outlook on life. I started to exercise, saw a nutritionist and began to slowly lose weight. I started to walk short distances and increased it to make sure I made 10,000 steps a day. My nutritionist guided me with healthy eating and showed me how to macro count so my body would metabolize in a healthy and achieving way.

In August 2018, I started to have physical pain in my back. My doctor sent me to physical therapy. Because of disaster response in the past, and many injuries that went without being attended to, as of April 2019, I'm still in physical rehab. My Doctor of Physical Therapy and I are slowly working towards increasing beneficial exercise so I can achieve my goals and increase my physical well-being.

I have now lost 40 pounds, and I will continue this journey for the rest of my life. I'm 47 years old. I have been told time and time again that women in their 40s have difficulty losing weight. This is true without exercise and help from a nutritionist, but I will say, and even promise, it is completely possible.