Click here to apply to be a Volunteer Tennessee board member. 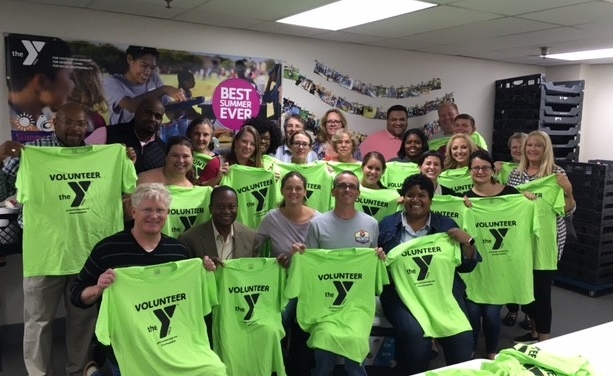 Volunteer Tennessee is the 25 member bipartisan board appointed by the Governor to oversee AmeriCorps and service-learning programs, advancing volunteerism and citizen service to solve community problems in the Volunteer State.

Our Vision and Mission

Our Vision and Mission

The State of Tennessee is the national leader in the promotion of volunteerism, community service initiatives and partnerships in which its citizens of all ages and backgrounds engage in services addressing the educational, public safety, environmental and other human needs of the state and nation.

To encourage volunteerism and community service.

Chair: Amy Walter, Nashville, is currently the Director of Volunteer & Community Engagement at Cheekwood Estate and Gardens.  She has also worked at the Nashville Zoo and human and social services agencies such as Nashville CARES and the Community Resource Center.  Amy also has over 20 years of experience with communications and media.  She is a member of the Volunteer Administrators Network and volunteers with Hands On Nashville.  Amy also chairs the Communications Committee.

Vice-Chair: Terry Silver, Old Hickory, is a Professor of Educational Studies at the University of Tennessee at Martin.  She is a service-learning trainer and a Lions Quest curriculum trainer.  Terry has taught using the service-learning methodology, and she has studied and written extensively on service-learning.  She regularly works on committees for the Tennessee Conference on Volunteerism and Service-Learning.  Terry volunteers at Second Harvest Food Bank.

Secretary: Amy Gilliland, Maryville, is the Director of Community Engagement , where she cultivates relationships with and serves as point of contact between nonprofit agencies and the college.  In addition to her responsibilities as Director, Amy is an adjunct professor at Maryville College. Amy is an AmeriCorps alum  and former Volunteer Tennessee staff member.

Stephanie Davis, Sevierville, currently serves as a receptionist at Oak Ridge Gastroenterology Associates.  As a student at Pellissippi State Community College, Stephanie founded the Homeless Student Scholarship, which provides funds for homeless students who might not otherwise be able to attend college.  She holds a certificate in Early Child Training from Roane State Community College.

Brittany Debity-Barker, Nashville, represents Penny Schwinn, Commissioner of Education, on the Volunteer Tennessee board.  She is the Director of Student Leadership for the Division of College, Career and Technical Education.

Andrea Hill, Memphis, is the Director of Volunteer Memphis at Leadership Memphis.  She previously served as the Memphis Affiliate Program Manager at Communities In Schools of Tennessee.  Andrea has extensive non-profit experience, and she is very involved in community activities.

Tina Hodges, Nashville, attended the University of Tennessee at Knoxville, graduating with a Bachelor of Science in Biology.  Tina earned a Certificate in Medical Technology from Meharry Medical College and a Master of Science in Nursing from Vanderbilt University.  After several years of emergency room practice as an Acute Care Nurse Practitioner, Tina joined her husband to operate Advance Financial.  Tina is a member of the Rotary Club of Nashville and a supporter of the Bootstraps Foundation of Middle Tennessee and the 18th Avenue Family Enrichment Center.

Rick Kriesky, Murfreesboro, recently returned to Tennessee after retiring as Superintendent of Lexington City Schools in North Carolina, where he supervised an increase in graduation rates from 44% to 90%.  He previously served for 30 years in Tennessee in the Henry County school System as teacher, principal and Director of Schools.  Rick has involved in the Rotary Club, Kiwanis Club, the Chamber of Commerce, and the Tennessee Organization for School Superintendents.

Lee A. Moten, Jr., Memphis, is the Community Relations Manager at Youth Villages, which is dedicated to helping emotionally and behaviorally troubled children and their families live successfully. He previously served as Vice President of Leadership Development and Field Ministries at the Memphis Leadership Foundation and was the Founding Director of the Training Department at BRIDGES, USA.  Lee served a previous term on the Volunteer Tennessee board from 2006-2008.

Wanda Perry, Jackson, is the Volunteer Coordinator at Avalon Hospice in Jackson.  She has also worked as a mental health case manager at PATHWAYS and assisted persons with disabilities at Community Connections.  Wanda has volunteered for the Madison County General Hospital, Feed the Children – Haywood County, and the New Life Christian Center.

Kane Reeves, Jackson, is an Extension Agent with the Tennessee State University Cooperative Extension Program in Madison County.  He served as a Volunteer Leader at 4-H Camp for five years and volunteered with the Union City Boys and Girls Club for its Senior Seminar Service-Learning Project.  Kane chairs the Foundations of Service Committee.

Jason Scott, Knoxville, is the Program Director of the Knoxville/Knox County Community Action Committee AmeriCorps program, Tennessee’s only environmental corps.  He served two terms as an AmeriCorps member: first with the AmeriCorps National Civilian Community Corps and then with Florida State Parks AmeriCorps. Jason is president of the local AmeriCorps Alums chapter and volunteers with the American red Cross.

Tracy Van de Vate, Knoxville, is the manager of the Grandparents as Parents program in Knox County.  She previously served as Secondary Clinical Instructor and Supervisor at the UT College of Education, Health and Human Services and an Instructor with the UT Education 100 Apple Corps. Having held various collegiate teaching positions, she has broad experience in the education field. Tracy is active with the Girl Scouts and the Great Starts Transagency Committee.  Tracy is Chair Emeritus.

Eileen Wollam, Nashville, recently retired as the RSVP Outreach Coordinator at FiftyForward, a non-profit in Nashville that helps people 50 years and older live fuller, more productive lives with a sense of dignity and self worth.  Eileen volunteers with Nashville in Harmony and has a certification in Volunteer Management from the Center for Nonprofit Management.  Eileen also has significant experience in technical publications editing.  Eileen also chairs the Board Development committee.

Donovan Robertson is Chair of Friends of Volunteer Tennessee.