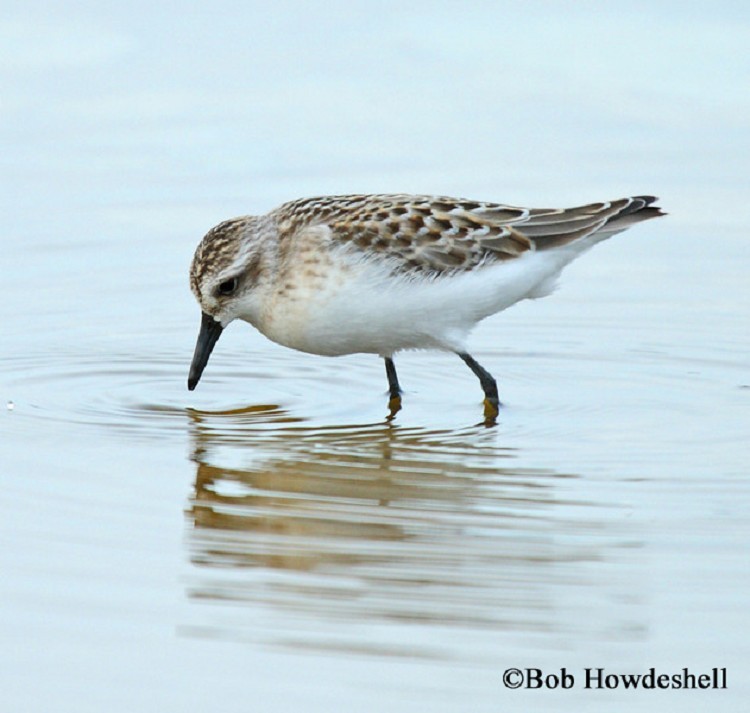 The Semipalmated Sandpiper is one of the species that birders generally refer to as "peeps."  Peeps are the suite of small shorebirds that all appear similar and may be difficult to identify. This small shorebird is found breeding in sub-arctic tundra in northern Canada.  They migrate to the northern and central coasts of South America for the nonbreeding season where they may gather in upwards of 300,000 individuals staging together.

Description: Small sandpiper with a short neck and moderately long bill that may droop slightly at the tip. Adults have a black center of rump and tail, back gray-brown, with a sparsely marked chest. Legs are black. Immature birds are similar to the adult, but have more of a scaly pattern on the back.

Habitat: During migration, they frequent mudflats, sandbars, and pond and lake edges.

Nesting and reproduction: Semipalmated Sandpipers have not been documented nesting in Tennessee.

Status in Tennessee: Fairly common migrant across Tennessee. They arrive in spring by mid-April and can be found through early June. The earliest southbound migrants can be found as early as early July with lingering birds into November. Peak migration in fall is mid-July through early October. Populations are declining rapidly for unknown reasons.