The Tennessee Department of Transportation (TDOT), in cooperation with the Federal Highway Administration (FHWA), proposes various roadway improvements in Fayette, Haywood, and Tipton Counties. The roadway improvements are being considered to serve the imminent industrial development at the Ford Motor Company Campus (Blue Oval City), located at the Memphis Regional Megasite in Haywood County, Tennessee.

The proposed roadway improvements include a south-north extension of State Route (SR) 194 (proposed SR 194 extension) on a new alignment from the existing intersection of SR 59 and SR 194 in Fayette County to a new intersection with SR 1 (US 70) in Tipton County, a new interchange on I-40 at proposed Exit 39, a west-east connector (proposed SR 468) on a new alignment between the proposed SR 194 extension and existing SR 222 and interchange modifications on I-40 at existing Exit 42. The proposed improvements would total approximately 13.7 miles in length.

While the Ford Motor Company Campus (Blue Oval City) would be entirely confined to the existing Memphis Regional Megasite, additional industrial, commercial, or residential development is anticipated to be developed at or near the Memphis Regional Megasite in the future. This projected increase in both commuter and freight traffic is anticipated to further increase the travel demand within the existing roadway network.

The needs for the proposed Interstate 40/State Route 194 (Project Blue Oval) have been identified as the following:
·       Support Ongoing Development in the Region
·       Existing Operational Deficiencies
·       Insufficient Connectivity to the Memphis Regional Megasite and the Surrounding Area

The purpose of the proposed Interstate 40/State Route 194 (Project Blue Oval) has been identified as the following:
·       Accommodate Ongoing Development in the Region
·       Improve Traffic Operational Efficiency
·       Improved Connections to the Memphis Regional Megasite and the Surrounding Area

Design Element #2: Construction of a new interchange (Exit 39) where proposed SR 194 and I-40 intersect.

In order to complete the environmental technical studies for the proposed project, an Environmental Technical Study Area (ETSA) was developed by TDOT.  An ETSA is developed for a project in order to document natural, cultural, and community resources within a broader study area than the immediate project footprint. That way, if the Build Alternative’s alignment shifts during the development of the proposed project, TDOT staff are aware of any resources that are present in that larger study area.

Several environmental technical studies are still under development, the results of which will be formally published in the Environmental Assessment that TDOT is currently preparing.  The public will be asked to provide comments on the anticipated environmental impacts during the Public Hearing which is tentatively scheduled for early Quarter 2 of 2023. 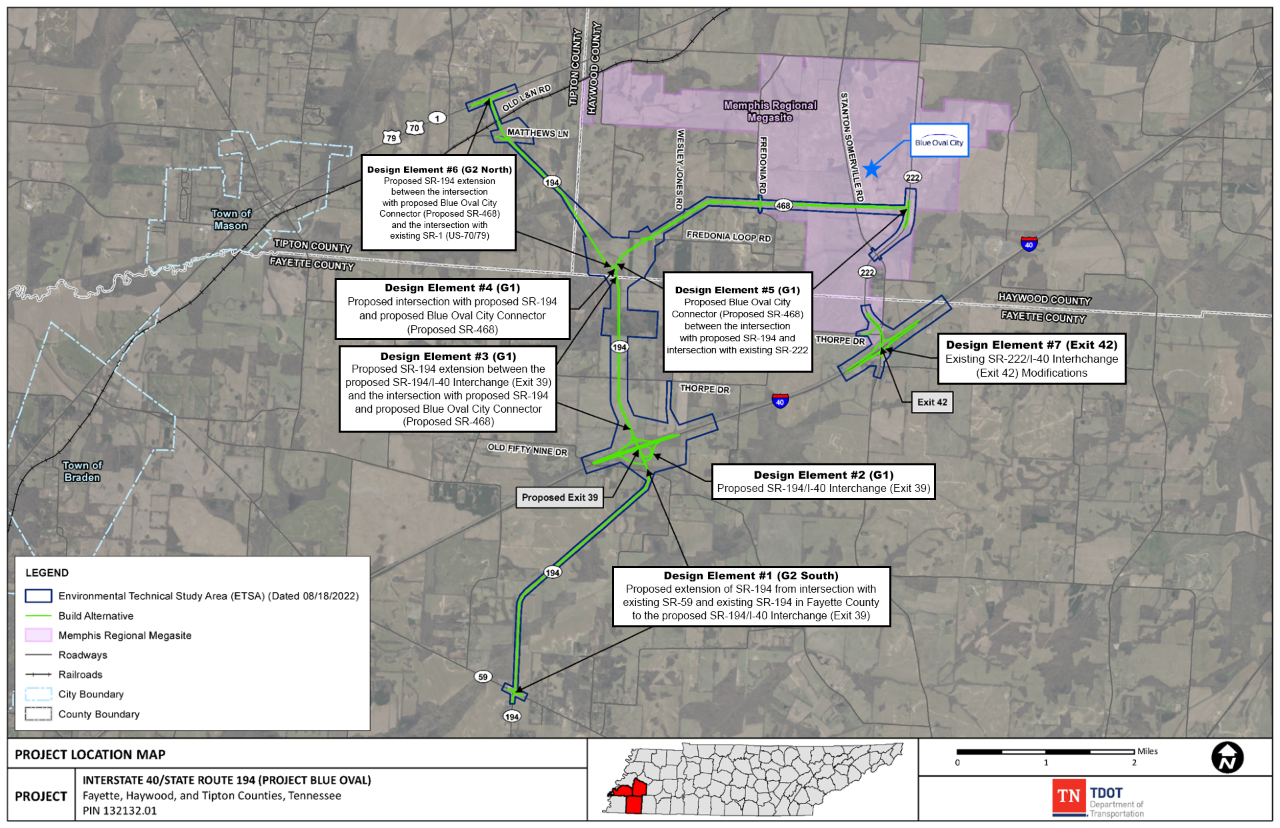 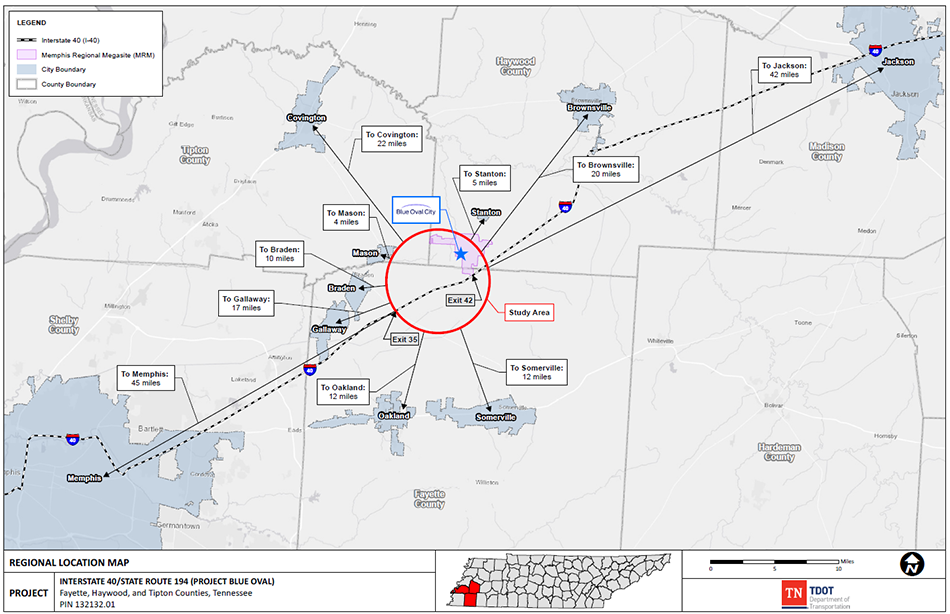 A relocation study or Conceptual State Relocation Plan is being prepared as part of the Environmental Assessment to estimate the number of persons who may be displaced by the project. This data will be correlated with an inventory of available rental and sales housing locations. This information will be included as part of the approved Environmental Assessment expected to be released for public review in Quarter 2 of 2023.