Motorists traveling on I-640 East and West in Knox County should be aware of upcoming road construction activities that will have an effect on traffic.

Beginning at 7 p.m. on Sunday, July 10, I-640 East and West will be reduced from three lanes to two lanes and traffic shifted between Mile Marker 6 (Broadway exit) and I-40.  This is the start of rubblization activities in the area, and lane closures will be in place 24/7.

This schedule is contingent on favorable weather conditions. Motorists should expect delays and are advised to use extreme caution in this area as workers will be present.

Today, traffic counts along the interstate connector average between 66,000 and 87,000 vehicles per day. The existing roadway is three lanes in each direction. Much of the existing road surface is in substandard condition and needs to be repaired or replaced. An extensive pavement project is needed for the six-lane facility.

The proposed improvements will improve the safety and mobility of the entire corridor.

The proposed design calls for repair or replacement of the deteriorated pavement throughout the 10-mile corridor.

Due to the size of the corridor, the I-640 project has been divided into two smaller sections or phases. 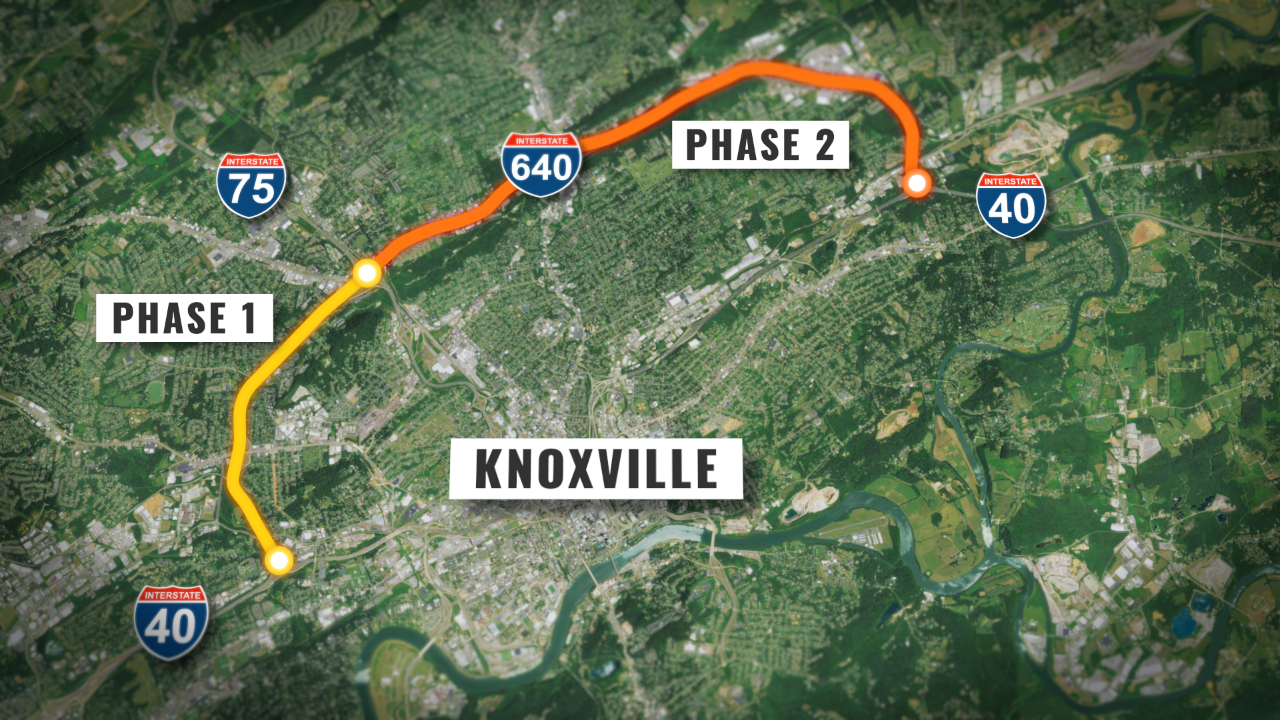 To receive email updates on this project, including lane closure information, fill out and submit the form below.