Motorists traveling on State Route 33 in Union County should be aware of road construction activities this week that will have an effect on traffic.

Beginning at approximately 7 p.m. tonight, July 18, State Route 33 will experience traffic shifts as part of the widening project in this area. Traffic will be shifted towards the newly paved shoulder from Hansard Road to near Russell Drive. This will allow the contractor to begin the first phase of construction of State Route 33.

These traffic shifts will take place each night until 6 a.m., and are expected to be complete by Friday morning, July 22.

This schedule is contingent on favorable weather conditions. Motorists are advised to use extreme caution in this area as workers will be present.

The 5.34 miles of widening of State Route 33 in Union County will consist of grading, drainage, the construction of a concrete I-beam bridge and box bridge, signals, and paving from the Knox County line to south of State Route 144 in Maynardville. 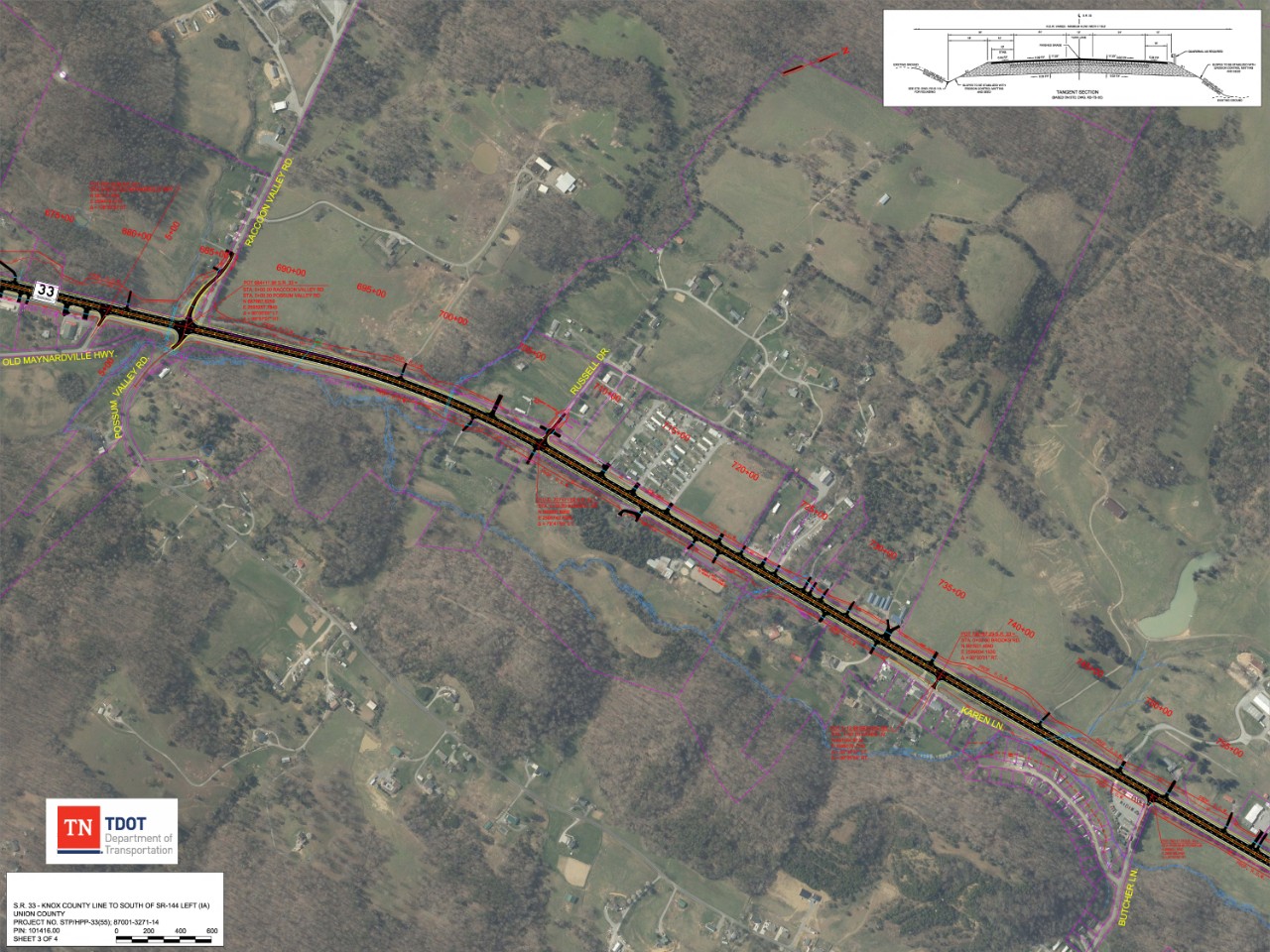 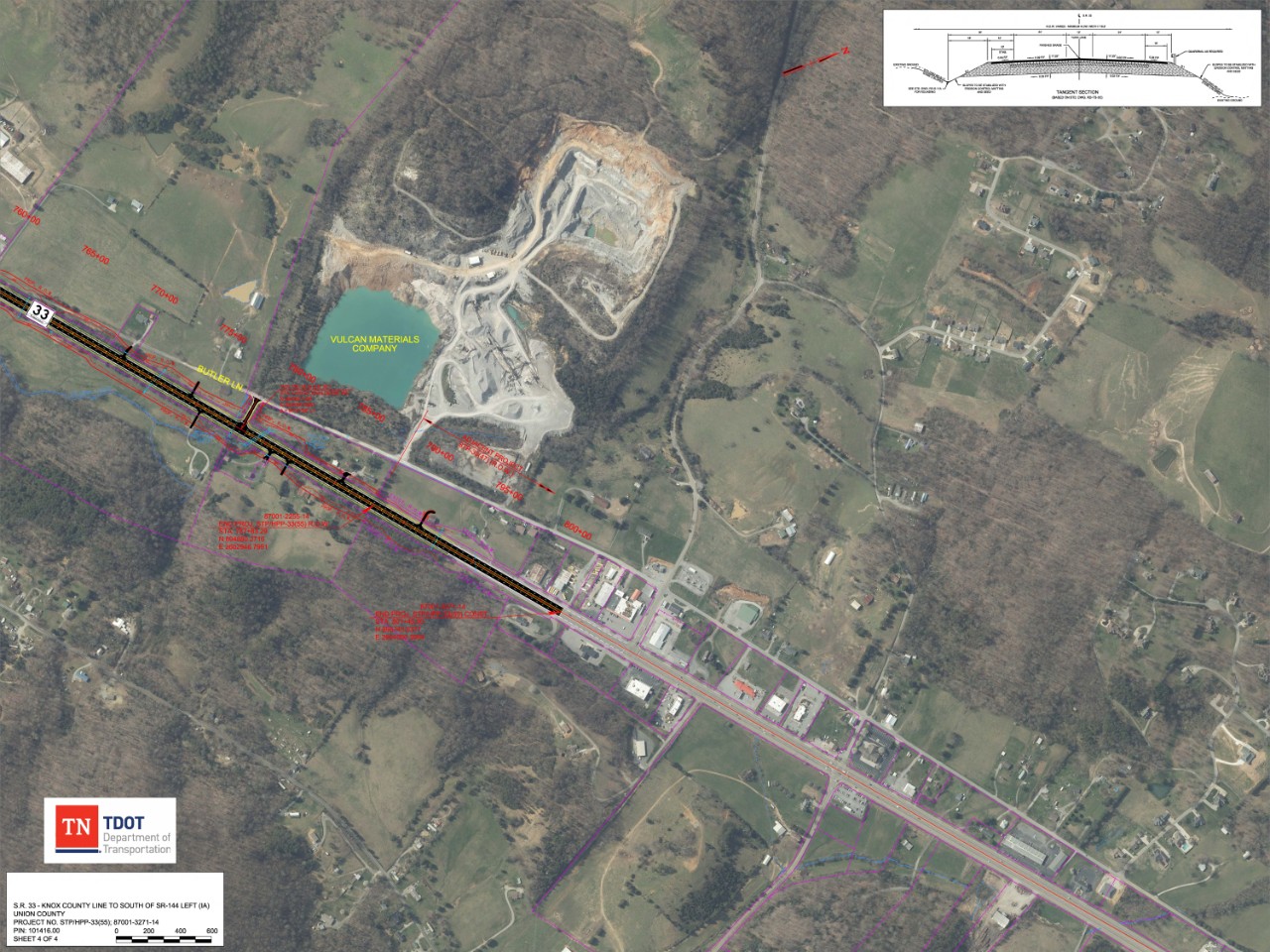 State Route 33 serves as a critical connection route from Knoxville through Maynardville. The purpose of widening State Route 33 is to create a safer and more efficient route by improving traffic flow and increasing the capacity of traffic by adding travel lanes. In its current configuration, SR-33 approaching Union County from Knoxville reduces from 5 lanes to 2 lanes until entering Maynardville. After this project is complete, the whole route from the Knox/Union County line to Maynardville will consist of 4 travel lanes with a center turn lane.

The 5.34-mile-long project will include 5.08 miles of widening from the Knox County line tying into the existing pavement south of State Route 144. The alignment will consist of four 12-foot travel lanes, two in each direction with a 12-foot center turn lane and 10-foot shoulders, which will extend across the whole span of the project. The proposed project includes the construction of one 200 foot I-Beam bridge over Bull Run Creek. This project also includes the construction of a box bridge and the installation of multiple roadway signs and pavement markings.

Proposed improvements to State Route 33 were initiated in 1998 in response to transportation needs communicated to TDOT on behalf of the Knoxville Metropolitan Planning Organization.  These improvements were intended to address congestion and operational and geometric deficiencies, as well as support future economic development activities in and around the study area.  The proposed improvements along State Route 33 included the reconstruction and widening of approximately 16-miles of primarily a two-lane roadway in Knox and Union Counties from north of State Route 71 in Knox County to State Route 61 in Maynardville.  The overall improvements were broken up into three projects and can be seen in the map below.

This project is in currently in the early stages of construction. A preconstruction meeting was held on March 22, 2022. 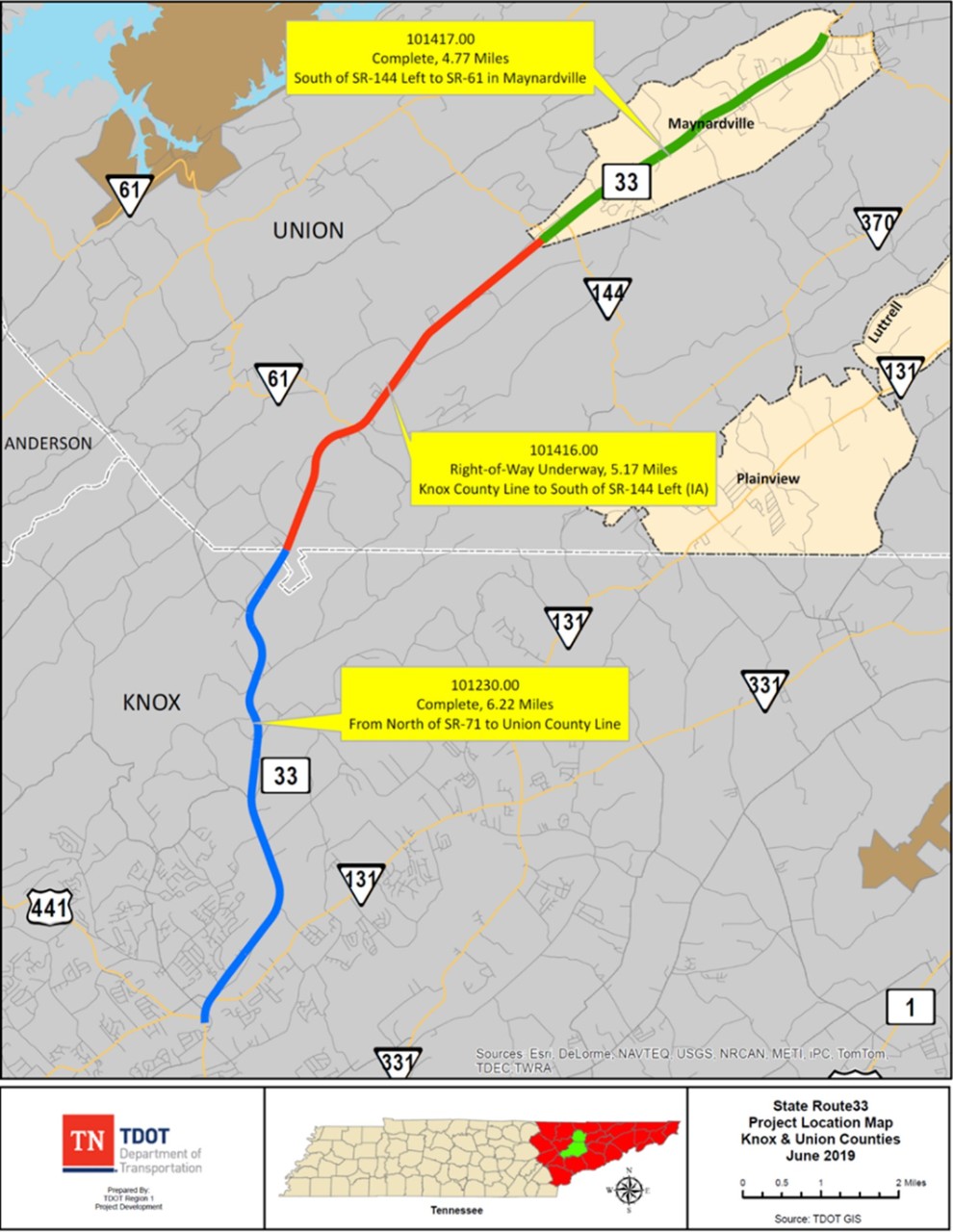