The Newport Bypass will be 4.75 miles of entirely new alignment. This project consists of the grading, drainage, construction of four (4) concrete Bulb-Tee beam bridges, signals and paving on State Route 35 from State Route 9 to Saint Tide Hollow Road. Interference with daily traffic should be minimal since nearly all of the project is new alignment.

State Route 35 is a major corridor from Greenville to Maryville. The purpose of the Newport Bypass is the create a safer, more efficient route for S.R. 35 to pass through Newport. As it stands now, travelers driving through Newport via S.R. 35 must drive through downtown Newport, but after this project is completed, S.R. 35 will bypass the often-busy downtown traffic.

The new alignment will begin 250 feet east of SR-9’s intersection with Thinwood Drive in Newport. The proposed improvement will consist of four (4) twelve (12) foot travel lanes, two (2) in each direction with a twelve (12) foot center turn lane and twelve (12) foot shoulders (ten (10) foot paved) which will extend to the east from the intersection of State Route 9 (US-70) to Rankin Road approximately 2.4 miles.  From Rankin Road to the project terminus, just south of Saint Tide Hollow Road, approximately 2.3 miles, the proposed improvement will include an interim two (2) twelve (12) foot travel lanes, one (1) in each direction with twelve (12) foot shoulders (ten (10) foot paved) on a four (4) lane divided Right of Way (ROW).  As traffic demand increases for this section of the improvement the department purchased enough ROW to be able to construct additional lanes in the future when traffic warrants.

The proposed project includes the construction of four (4) bridges. Two (2) bridges located along the five (5) lane section of improvement, the first bridge crossing Stinking Creek and the second bridge crossing Lisega Blvd., Norfolk Southern Railroad, and the Pigeon River.  Then two (2) bridges along the interim two (2) lane section, one crossing the French Broad River Flood Channel and the other crossing the French Broad River.

There are no sidewalks or ADA ramps on the project. 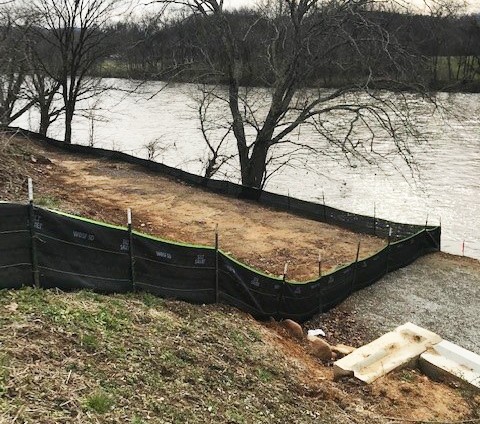 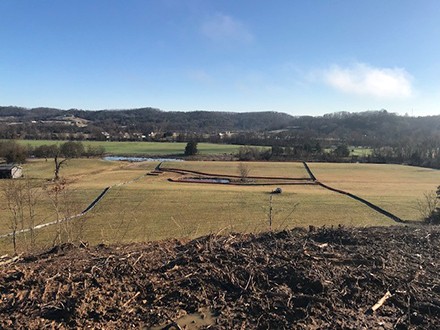