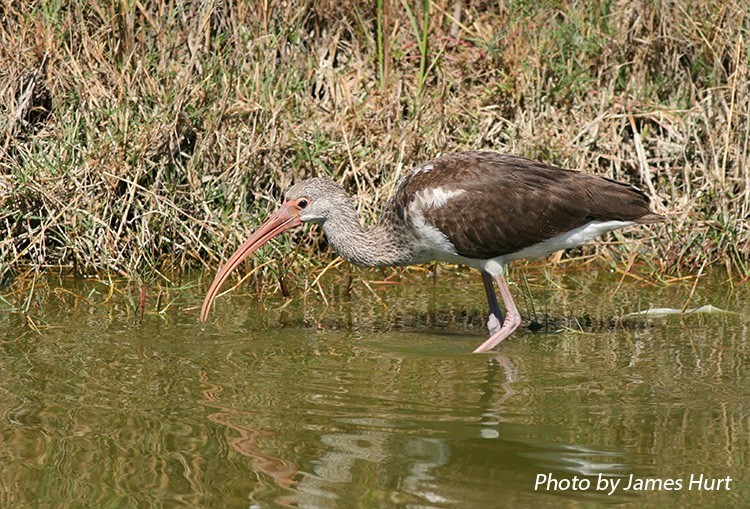 White Ibis are rare but regular visitors to Tennessee in late summer and early fall.  Primarily immature plumage birds are found, rarely adults. It is almost always found feeding and roosting with other herons.

The breeding range extends along the Atlantic Coast from North Carolina southward, along the Gulf Coast to Mexico, throughout the Caribbean, and there is a small population in South America. It winters over most of this range, as well as farther inland.

Description: The adult has an all white body, a long, down-curved, red bill, long red legs, and black-tipped wings. Immature birds are shaped like the adult but have a brown back, dusky neck, and orange bill. Older birds can be mottled brown and white.

Habitat: In Tennessee, found in shallow marshes, pools and swamps.

Status in Tennessee: The White Ibis is a rare but regular visitor to Tennessee. Most records are from early July through mid-October. The majority are from West Tennessee, but it has been recorded across the state.

Best places to see in Tennessee: Immature birds are rare but regular visitors to shallow marshes, pools and swamps across the state, in late summer and early fall.