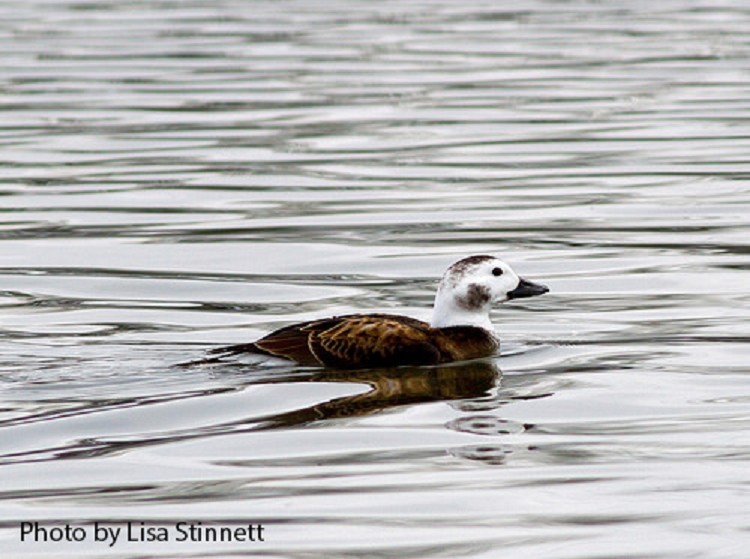 The Long-tailed duck is a true arctic species that breeds in the tundra and taiga regions of the world.  Once know by the former name of “Oldsquaw” this long-tailed sea duck is quite the talker, emitting an almost constant chatter.

Description: The Long-tailed duck is a medium-sized, heavy-bodied sea duck with a small bill, round body and short, pointed, dark wings.  Males have a long-pointed tail and females have a relatively short pointed tail.  Both sexes have white underparts.

In winter the male has a dark cheek patch on a white head and neck, a brown breast and a pink band on a dark grey bill.  The wintering female Long-tailed duck is similar but has a dark crown and brown back and lacks the pink band on the bill.

Voice: Talkative vocal duck. Male has a melodious yodeling call - ‘ow-owdle-ow’. It that can be heard at great distances. Females make a soft grunting quack.

Habitat: In Tennessee, Long-tailed ducks can occasionally be found on deep freshwater lakes.

Status in Tennessee: The Long-tailed duck is an uncommon migrant in early spring and late fall, occasionally found in winter in Tennessee.