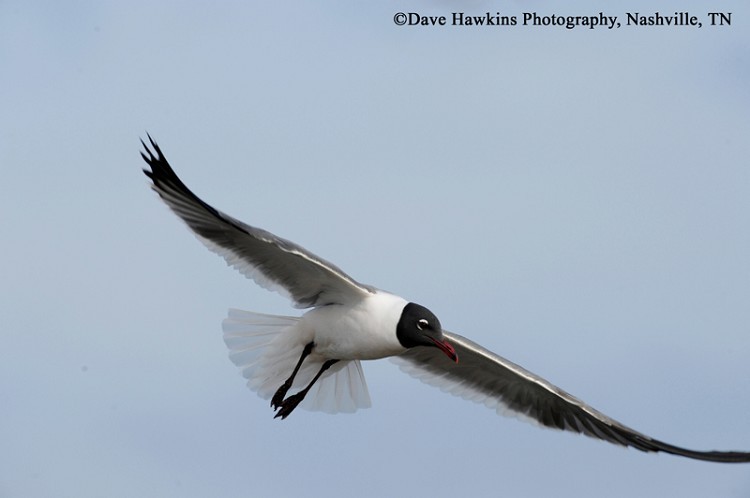 The Laughing Gull is a small "black-hooded" gull that nests along the Atlantic and Gulf coasts of North America, the Caribbean, and northern South America; the northernmost populations migrate further south in winter.  It is infrequently found away from the ocean, and is an irregular and rare visitor to Tennessee.

Description: This medium-sized gull is overall slender, slaty-gray above and white below, with gray wings that are tipped with black.  During the breeding season (March-September) the head is entirely black; in the non-breeding season (September-March) the head is mostly white with limited gray on the back. Juvenile (August-November) is overall dusky brown. Laughing Gulls reach full adult plumage in their third year.

Habitat: In Tennessee, may be found on or near large lakes and rivers across the state.

Nesting and reproduction: The Laughing Gull has never been known to nest in Tennessee.

Status in Tennessee: The Laughing Gull is an irregular, rare migrant, but has been seen in the state in every month of the year except January. Most sightings involve one to three birds.