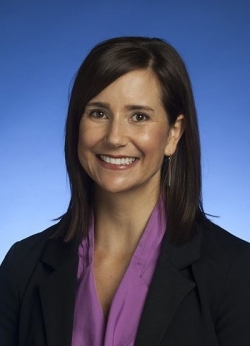 Dr. Sara Heyburn Morrison joined the Tennessee State Board of Education as their Executive Director in January 2015. In this role, she works with the eleven-member, Governor appointed, legislatively confirmed, board on policy review and development across all areas of Tennessee K-12 education. The state board also plays an important role in oversight of K-12 implementation, which involves close partnership with the Department of Education, educator stakeholders, and members of the Tennessee General Assembly.

Dr. Morrison first joined the State of Tennessee in July 2010 as the K-12 policy advisor in the Governor's Office. From November 2011 through December 2014, she served as Assistant Commissioner of Teachers and Leaders at the Tennessee Department of Education where she directed and oversaw policy implementation related to increasing teacher and leader effectiveness. During this time, Tennessee became the fastest improving state in the nation in student achievement. Before working for State Government, Dr. Morrison worked for two years as a policy analyst with Dr. Matthew Springer at The National Center on Performance Incentives at Vanderbilt University.

Dr. Morrison's work in education began in Brentwood, TN. She worked as a high school English teacher and cross-country coach. She also taught English and served as the literacy lead teacher at a large public high school in Louisville, KY. In 2007, she earned her National Board Certification in Adolescent English Language Arts. In May 2010 she earned an Ed.D. from Vanderbilt University's Peabody College. Dr. Morrison also has a BA in English and a MAT, both from the University of Virginia.