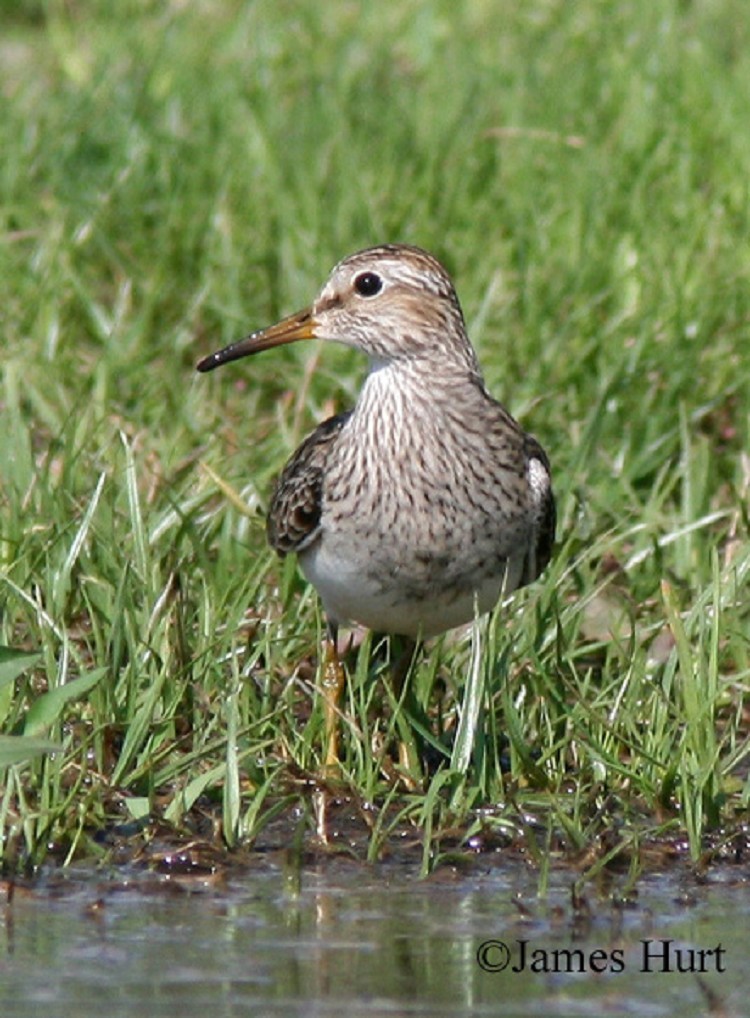 The Pectoral Sandpiper is a medium-sized shorebird that breeds across the wet tundra of both North America and Siberia, and winters in the grasslands of southern South America.  During migration, it is found more commonly on mudflats with short vegetation than in the water.

In spring it is most likely found from early March to mid-May, and in fall from mid-July to late October, however, there are records in Tennessee for every month but February.

Immature birds (July-November) are similar to adults, but have a more scaly pattern on the back, and have finer streaks on the chest. Males average 50 percent heavier and have wings 10 percent longer than females.

Status in Tennessee: The Pectoral Sandpiper is a common migrant and rare winter visitor, most likely found across the state from early March to mid-May, and from mid-July to late October.  There are records for this species in Tennessee, however in every month but February.