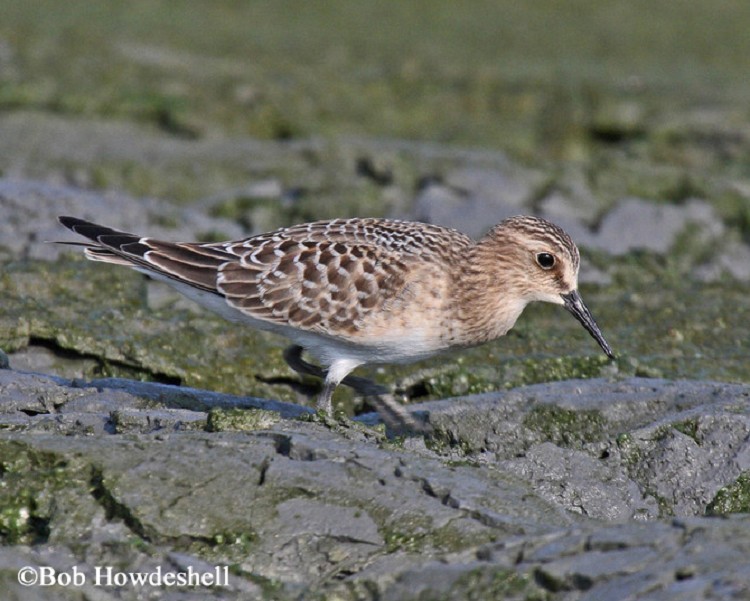 Smaller shorebirds commonly referred to as "peeps," can be difficult to identify. However, with careful observation, the Baird's Sandpiper can be distinguished from other species by its streamlined, level-backed appearance, and wings that extend well beyond the tail.

This bird breeds in the short grass of the high-arctic tundra of North America and eastern Siberia.  It winters in southern South America. While always rare in Tennessee, Baird's Sandpiper has been found in the state in every month except June, December, and January!

Most spring migrants are present from mid-April to mid-May.  They can be seen In the fall from early August to late September. Baird's Sandpiper can be found across the state but is found more in West Tennessee near the Mississippi River.

Description: This medium-sized, short-necked, streamlined shorebird has wingtips that project well beyond the tail tip.  It has a thin, straight bill and a  white belly.  The bird has short dark legs and blurred streaking on the upper chest often washed with buff.

Juvenile birds (August-November) are similar to adults, but have a buffy-pink cast to the head, back and upper chest.  Baird's Sandpiper gives a level-backed appearance when foraging.

Habitat: Found on sandbars, exposed mudflats, and along edges of lakes and ponds while on migration in Tennessee. Often use drier grassier areas of mudflats.

Nesting and reproduction: Baird's Sandpiper breeds in the high-arctic with a circumpolar range.

Status in Tennessee: Rare but regular spring and uncommon fall migrant, usually present from mid-April to mid-May, and from early August to late September.  This sandpiper can occur statewide but is more frequently encountered in far western Tennessee.

Best places to see in Tennessee: Rankin Bottoms is fairly reliable for a couple of individuals annually, as is the Ensley sewage ponds.