One of five species formerly lumped together and called the Mountain Dusky Salamander, the Ocoee Salamander is best told from its near relatives by its range. It is found in the southeastern corner of Tennessee in the Cumberland Plateau and Blue Ridge Mountain sections.

Description: Coloration in this species (2.5 to 4.5 inches in length) is highly variable. They have a round tail and a light line from the eye to the angle of the jaw. Some individuals may have a stripe down the back that can vary in color from yellow to orange, red, or brown. This stripe can be irregular or straight.

Habitat: Typically found along streams, in seepage areas, and on wet rock faces. Some may be encountered far from water; those at higher elevations tend to be more terrestrial than those found lower levels.

Breeding information: Females deposit their eggs under moss, rocks, or logs or under logs in or near flowing water. The female remains with her eggs until they hatch. Hatchling salamanders emerge from their eggs with external gills and spend up to 10 months as fully aquatic larvae before transforming into adults.

Status in Tennessee: Very common within its range.

Best places to see in Tennessee: Found in the southeastern corner of Tennessee in the Cumberland Plateau and Blue Ridge Mountain sections. 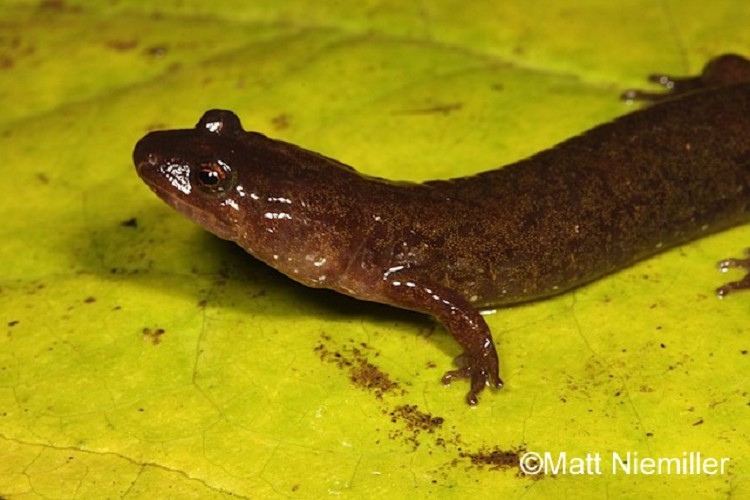