It is found in the northeastern corner of Tennessee.

Description:
Coloration in this species (2.5 to 4.5 inches in length) is highly variable.  They have a round tail and a light line from the eye to the angle of the jaw. Some individuals may have a stripe down the back that can vary in color from yellow to orange, red, or brown.

This stripe can be irregular or straight. Other individuals may have spotting or flecking on the back instead of a dorsal stripe and others, especially males, maybe dark with little or no patterning. Some individuals may exhibit red legs or cheek patches.

Fun Facts:
•The Blue Ridge Dusky Mountain Salamander can be the most abundant salamander in its range. Some population counts have yielded densities of more than 2,500 individuals per acre
•Active primarily at night

Best places to see in Tennessee:
The Blue Ridge Dusky Salamander is found in the northeastern corner of Tennessee. 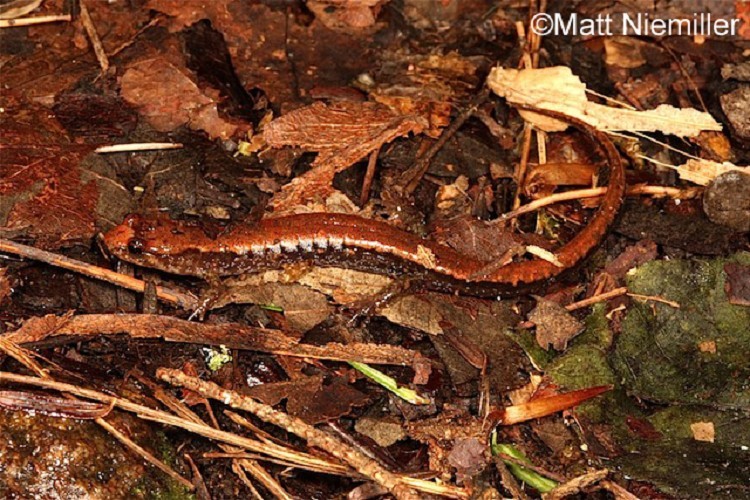