Visitors can drive south from Union City or north from Kenton and access the main entrance which is on the west side of the highway immediately adjacent to the Obion River.

Entrance gates will be open during hunting seasons, but may be closed without prior notice for safety and management reasons.

Big Game, Small Game, and Trapping are the same as statewide seasons except as noted.

Turkey - One non-quota: April 15 - May 7. The bag limit of one bearded turkey counts toward the statewide bag limit.

Waterfowl (West Unit) - No waterfowl hunters are permitted on the unit or access area from two hours after legal shooting hours have ended until 4 a.m. the following day during duck season occurring from Nov. - Feb.

Waterfowl (East Unit) - Waterfowl hunting will be allocated by computerized drawings for 3-day hunts (Friday - Sunday) and opening weekend(s). The drawings will be held prior to the hunt. Hunting will only be allowed from designated locations. Waterfowl hunting closes at 3:00 p.m. except the last day of the waterfowl season(s) occurring in Nov. - Feb., and youth/military season(s) when hunting ends at sunset. Closed to all activities five days before each opening of the late duck season. All hunting other than waterfowl is prohibited during the late duck seasons. No waterfowl hunters are permitted on the Unit or Access area from 2 hours after legal shooting hours have ended until 4:00 a.m. the following day during the late duck season(s).

Site Description: Three Rivers WMA is a 1,577-acre site dominated by early successional habitat.  Extensive acreage of reforestation is present across the site that borders the Obion River.   Access is via gravel roads.

Wildlife to Watch: Early successional specialists such as Prairie Warbler, Field Sparrow, and Common Yellowthroat are common in summer.

Mississippi Kites are present in late spring through mid-August.

If there is standing water in low, wet areas, egrets and herons may be abundant. Wildlife that can be seen varies greatly with the water levels of the Obion River. 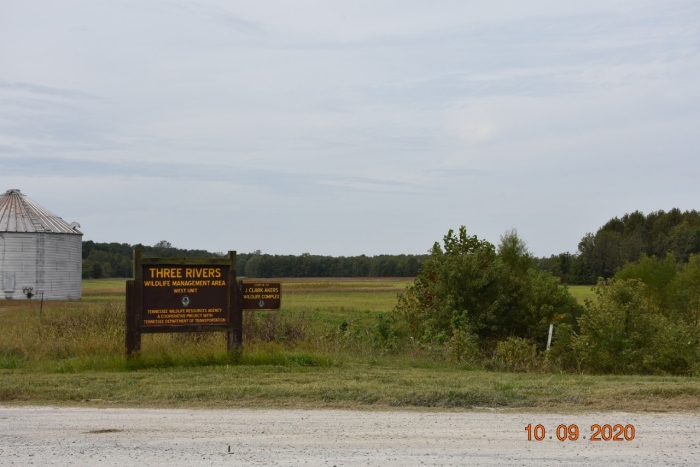