Additionally, CWD has been detected within 10 miles of the border of five High-risk Counties: Carroll, Decatur, Lake, Obion, and Wayne.

Please note that Carroll, Decatur, Dyer, Hardin, Henry, Lake, Obion, Wayne, and Weakley Counties, although affected by CWD, are not currently in Unit CWD and remain in Deer Unit L.

The remaining counties where CWD has been detected all had a prevalence below 2% and range from 1.5% (Shelby) to 0.16% (Gibson). Although it may seem as if the disease has spread rapidly across southwest Tennessee, the reality is the disease was likely there for many years before being detected. Through TWRA surveillance efforts we are gaining a better understanding of the geographic distribution of the disease, but we may not know the full extent of the affected area until approximately five years of continued surveillance. 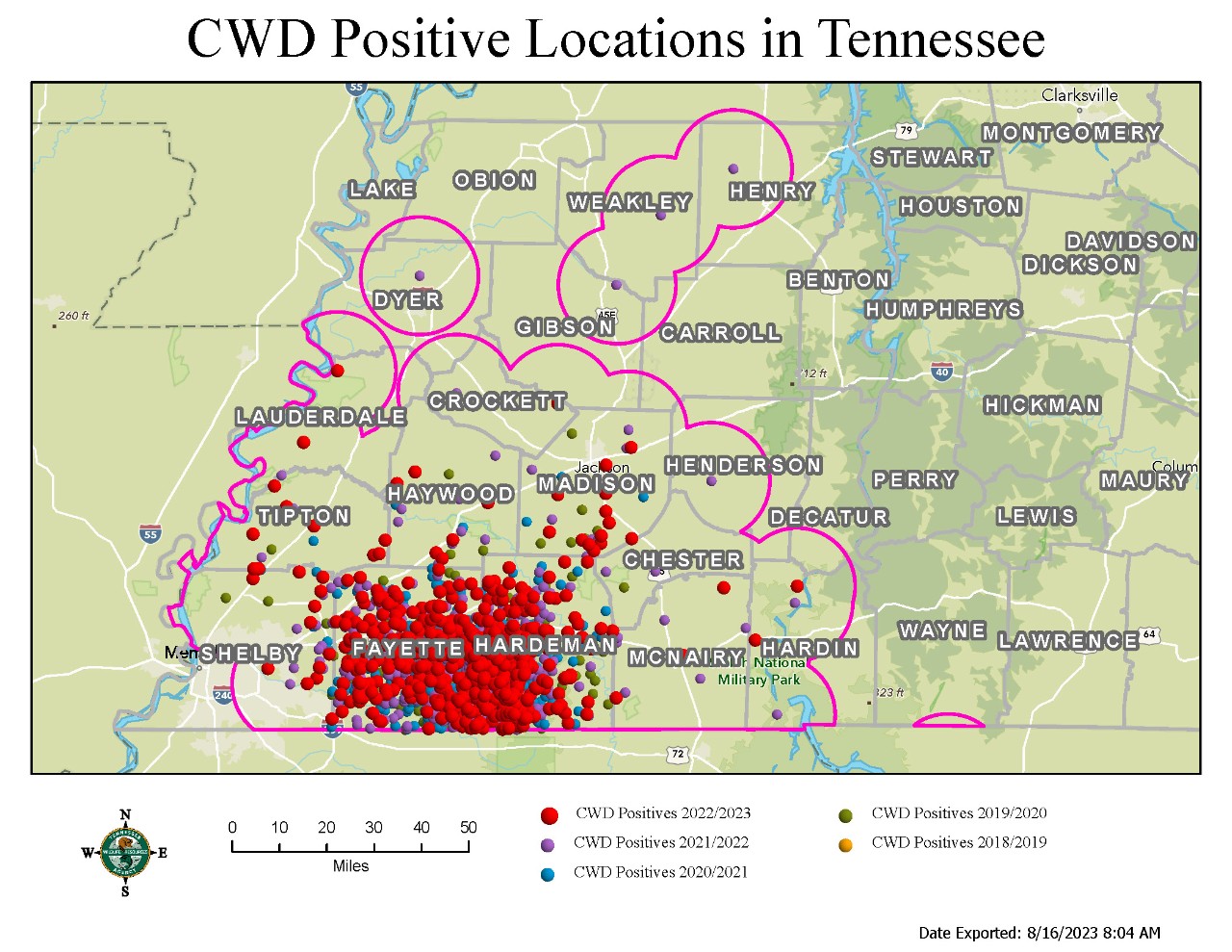