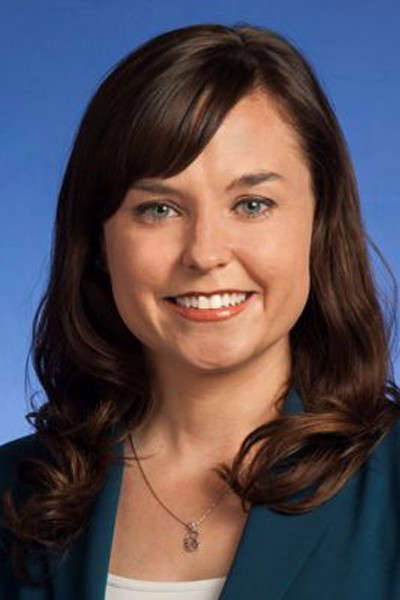 Corinne Gould serves as Assistant Commissioner for Public Affairs for the Tennessee Department of Agriculture. In that role, she oversees internal and external communications and provides administrative support for media relations, policy development and all agency programs. She also supervises the public relations team and regional staff and administers the Tennessee Agricultural Museum.

Gould joined the department in 2014, serving as deputy director for public affairs and then director of communications. She has overseen the rapid expansion of the department's social media platforms and managed a variety of communications initiatives, including public outreach during severe drought, wildfires, and an outbreak of avian influenza. In 2017, she deployed to Texas to assist with animal health messaging following Hurricane Harvey. The National Association of State Departments of Agriculture recognized Gould with an award in 2019 for her work in media and public communications resulting in improved understanding of agriculture and agricultural programs.

Prior to TDA, Gould enjoyed a decade-long career in television news. As a producer at the NBC affiliate in Nashville, she helped shape the coverage of historical and life-changing events in Middle Tennessee. She won a regional Emmy award and was nominated for a national Emmy award for breaking news coverage of the floods that devastated the region in 2010. The recognition was particularly personal for Gould, who lost her own farm to the rising water. That experience and the support she received from the community solidified her commitment to serving the citizens of Tennessee.

Agriculture has always been close to Gould's heart. She has been riding horses since she was first able to hold the reins, and she credits the Tennessee 4-H program for developing her knowledge and horsemanship skills. In addition to riding, showing, and raising American Quarter Horses, Gould also travels the country announcing horse shows.

Gould serves as president of the Communication Officers of State Departments of Agriculture, a board member for the Tennessee 4-H Alumni and Friends, and a mentor in the tnAchieves program. She is also a graduate of the inaugural 2019 class of Leadership Tennessee NEXT, and the 2015 class for the Tennessee Government Executive Institute.

When she isn’t riding a horse or snow skiing, you’ll find her hiking the trails of Tennessee with her two German Shorthaired Pointers.