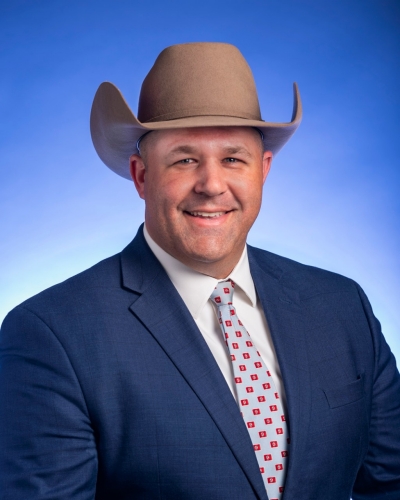 Andy Holt serves as Assistant Commissioner for the Business Development Division within the Tennessee Department of Agriculture. In this role, he manages a team of Ag Business Consultants, multiple cost-share grant programs and the Market News & Livestock Grading Program.

Prior to his post at the department, Holt was a member of the Tennessee General Assembly for 10 years representing House District 76, which included all of Weakley and portions of Carroll and Obion Counties. During Holt’s service in the House of Representatives, he served as the Chairman of the Budget Subcommittee, Vice-Chairman of the House Agriculture and Natural Resources Committee, and was granted membership to numerous other committees. Holt had the pleasure of serving as the Chairman of the Ag Day on the Hill Committee for all 10 years of his tenure. His primary goal while serving in the General Assembly was to ensure that the needs and desires of agriculture, forestry, and the rural economy were sufficiently represented. Before his service in the House, Holt worked with both Farm Credit Services and the Tennessee Farmers Cooperative.

Holt and his wife, Ellie, along with their seven children live on their family farm outside of Dresden, Tenn. Although he is a first-generation farmer, Ellie’s family has been farming in West Tennessee for four generations. The Holt’s operation consists of beef, goat, and swine production, as well as custom straw and hay baling. They also host agritourism activities on their farm each fall.