Description: A medium-sized, semi-aquatic snake (22.0 to 36.0 inches in length) with broad brown, red-brown, or black crossbands separated by yellow to grayish bands.   Variations in band color occur across its range.

Similar Species: Cottonmouths are darker and more heavy-bodied with a facial pit between eye and nostril.

Breeding information: Courtship and mating occurs in spring. Females give live birth to 7-40 brightly colored young during the summer.

Status in Tennessee: Common at Reelfoot Lake; populations appear to be stable. However, many watersnakes are persecuted by humans who mistake them for Cottonmouths.

Best places to see in Tennessee: Basking on logs or along the edges of Reelfoot Lake. 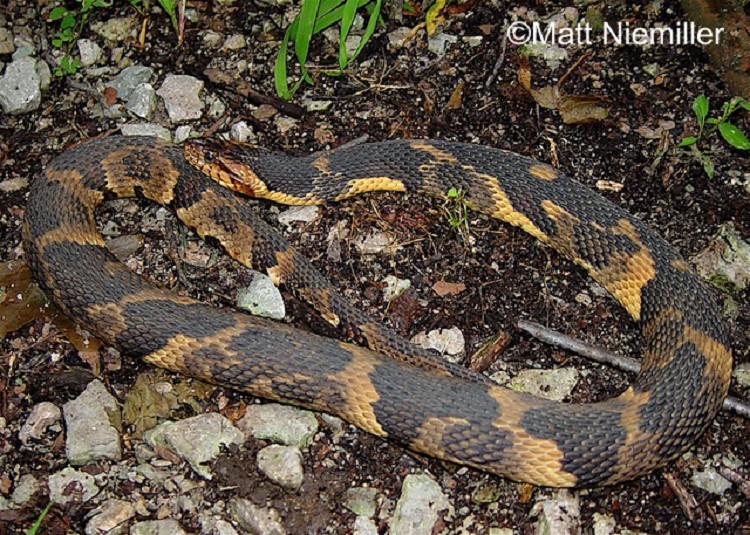