The Southeastern Bat is one of six "mouse-eared bats" (Myotis) in the state.   Distribution in the state occurs primarily west of the Tennessee River.

Description: A small bat with thick, wooly, short fur, which is grayish-brown to yellowish-brown on the back and buffy underneath.   There is no strong contrast in color between the thin wings and fur.   The tail and wing membranes attach above the ankle. It has rounded ears with a short, blunt tragus (membrane inside the ear).

Similar Species: The other Myotis bats are difficult to distinguish from one another without close examination:

Habitat: Primarily roosts in buildings and hollow trees in the south, but will also use caves and other man-made structures.   Maternity colonies are formed in caves.   Southeastern Myotis are usually associated with water, often roosting over water.

Diet: Normally feeds on insects such as midges, mosquitoes, beetles, moths, and flies while flying low over the water.

Breeding information: Mating habits are poorly known, but maternity colonies begin forming in March in caves that contain water.   Southeastern Myotis is the only Myotis species to give birth to twin young.   The young are born naked with their eyes and ears closed and weigh slightly more than 1 gram.   Young bats are old enough to fly in 5-6 weeks.

Status in Tennessee: Southeastern Myotis is Deemed in Need of Management by Tennessee Department of Environment and Conservation and has recently been proposed for threatened or endangered status.   It is relatively common in western Tennessee.

Best places to see in Tennessee: Western edge of the state along the Mississippi River and its tributaries. 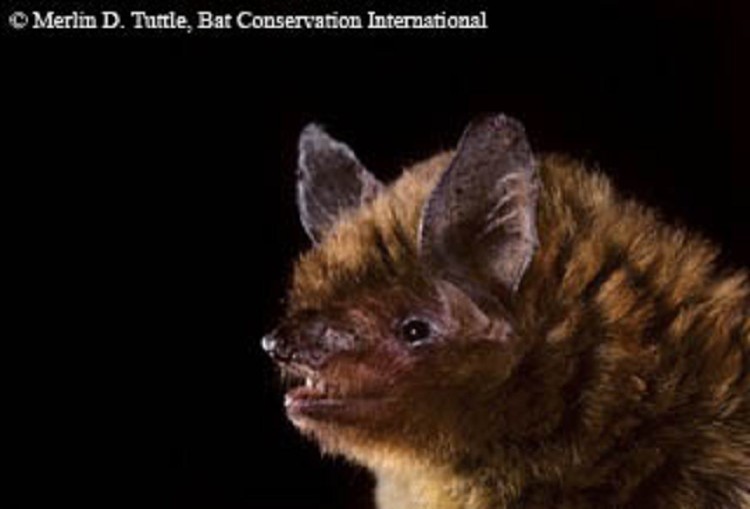