The Little Brown Bat is one of six "mouse-eared bats" (Myotis) in Tennessee and it occurs state-wide.

Description:
A small bat with long, soft fur that is olive-brown to dark yellowish-brown on the back and paler underneath. The basal half of back hair is blackish or dark gray while the outer half is brown and shiny. It has bluntly, rounded ears with a tragus (membrane inside ear) about ½ the length of the ear and ending in a pointed tip. The wings consist of naked skin, which are attached alongside the feet. A winged membrane connects the tail and hind legs.

Habitat:  Males are solitary, or live in colonies up to 20 individuals, during the summer using rocky crevices, hollow trees, loose bark, or under shingles or siding of buildings. Females live in nursery colonies in the spring and summer, which may be in cliff crevices, hollow trees, under loose tree bark, or in undisturbed parts of buildings such as attics. Little brown bats hibernate in limestone caves during the winter.

Diet:  Completely insectivorous. Mayflies are a favored food when available, but they will eat most any winged insects including mosquitoes, stone flies, lacewings, beetles, and moths.

Breeding information:  Mating usually occurs in the fall before hibernation, but can occur in winter, if bats become active and in spring as well. Sperm and/or a single fertilized egg remain dormant in females through hibernation. The gestation period lasts from 50-60 days. Females give birth while hanging with the head up and using the tail membrane as a pouch. Only one young is produced by females each year usually in May or June. Newborn bats are blind and lack fur. The young are weaned in 6 weeks, but are able to fly on their own at 3-4 weeks.

Status in Tennessee:  Little brown bats are not protected, but have become a species of great concern in recent years. White Nose Syndrome, caused by the fungus Geomyces destructans, has greatly affected some bat populations in the
Northeast, and has already spread to Tennessee.

Fun Facts:
•While feeding in flight, bats will often use their wingtips to push an insect into their tail membrane like a baseball into a mitt, and then grasp the prey with their teeth. 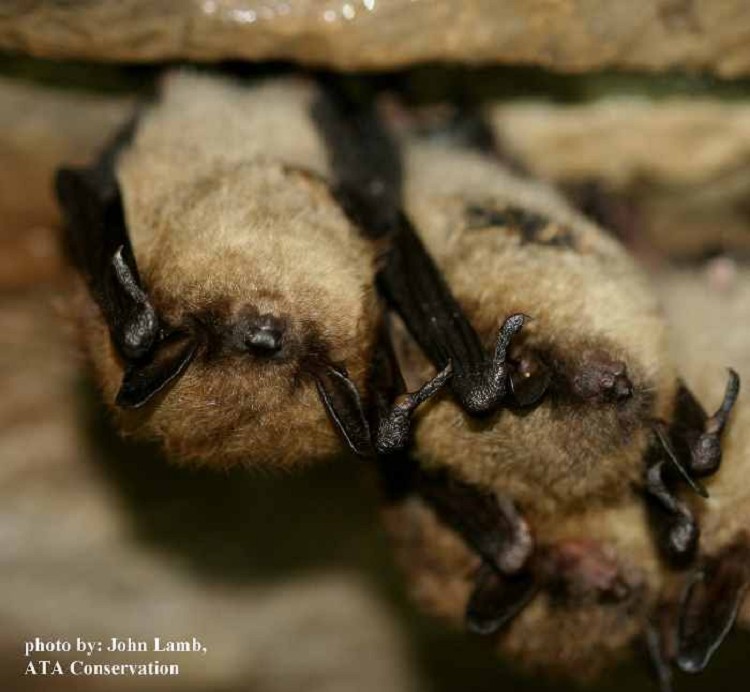 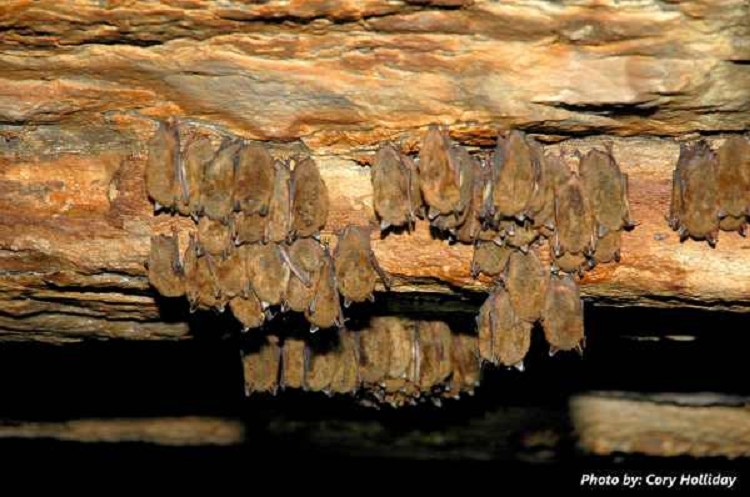