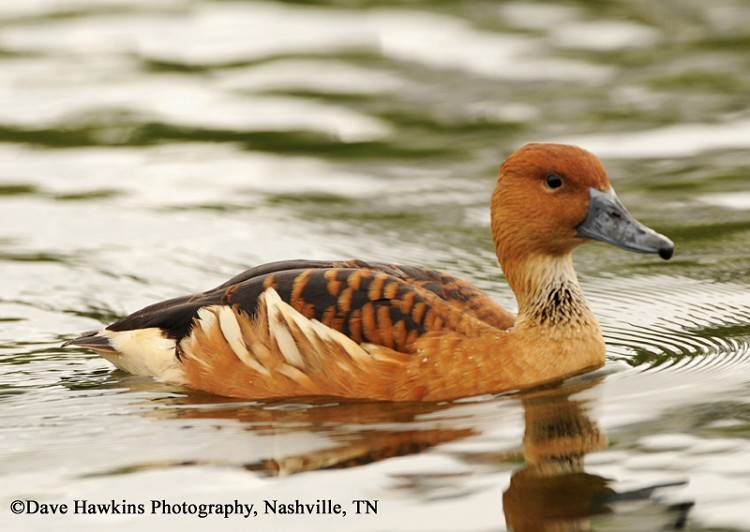 The distinctive-looking Fulvous Whistling-Duck is a rare visitor in Tennessee but is one of the most widely distributed species of waterfowl in the world! In the Americans it breeds from northern Argentina to southern California, along the Gulf Coast, locally in Florida, and in parts of the Caribbean. It is also found on the Hawaiian Island of O‘ahu, and in East Africa, Madagascar, India, Sri Lanka, and Burma.

Description: The Fulvous Whistling-Duck is a medium-sized dabbling duck with a long neck, long gray legs, a buffy cinnamon-brown head, neck and belly, and a gray bill. The wings are all-dark in flight, and males and females look similar. Immature birds look like adults.

Similar Species: The Black-bellied Whistling-Duck is similar in body shape but has a black belly, pink legs, a red bill, and a distinctive white wing-patch in flight.

Nesting and reproduction: No nest records in Tennessee.

Best place to see in Tennessee: Ensley Bottoms, aka the "Pits," in Memphis.

Best place to see in Tennessee: Ensley Bottoms, aka the "Pits," in Memphis, Shelby Co.