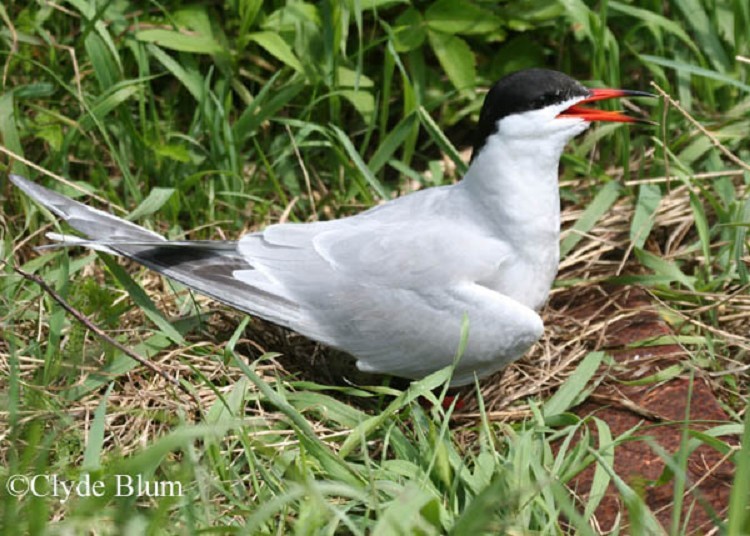 It breeds in temperate and sub-Arctic regions of Europe, Asia, and eastern and central North America, and during the non-breeding season the North American birds are found from southern North America to Ecuador and Brazil.  Tennessee records are primarily from mid-April to mid-May, and late July and early October.

Description: This medium-sized tern is pale gray above and white below, with a long deeply forked tail, and dark-tipped, pale wings.  In breeding plumage (April-November) the bill is orange-red with a dark tip, the head has a black cap, and the legs are red.

In non-breeding plumage (October-March) the bill is black, the black cap is only on the back half of the head, and the legs are dark. Immature birds (August-November) resemble winter adults, but have darker primaries.

Habitat: In Tennessee, found along lakes and rivers.

Nesting and reproduction: There are no records of this species nesting in Tennessee.

Status in Tennessee: Uncommon migrant, and rare summer visitor across the state. Tennessee records are primarily from mid-April to mid-May, and from late July and early October.

Best places to see in Tennessee: Most likely to be seen along lakes and rivers, in all regions of the state.