Breeding information: Very little known. Most Tennessee Cave Salamanders spend their lives in the larval stage; hence they do not migrate out of the cave environment. Females lay eggs in fall or early winter based upon sightings of small hatchlings in winter. Egg laying is suspected to be similar to Spring Salamanders, which occurs under large rocks.

Status in Tennessee: In 1994 TWRA listed the Tennessee Cave Salamander as Threatened. Populations are particularly vulnerable to water pollution from agricultural runoff and septic tanks.

Best places to see in Tennessee: Cave systems in central and eastern TN. 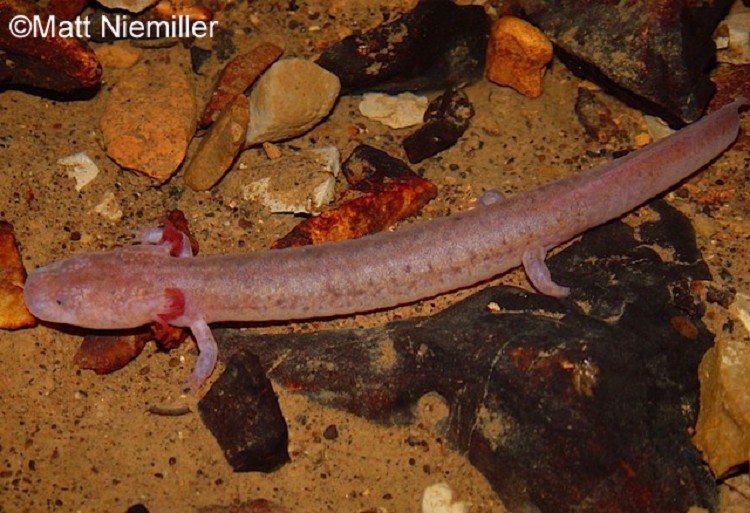