Description:
Formally considered a subspecies, along with Northern Dusky Salamander, of the Dusky Salamander, the Spotted Dusky Salamander coloration is variable from tan to brown to nearly black.  It frequently has 6 to 8 pairs of golden or reddish dorsal spots, which are normally separated. This salamander is medium-sized (2.5-5 inches) and has a moderately keeled tail.

The tail in the Northern Dusky is laterally compressed and strongly keeled, whereas the tail is moderately keeled in both the Spotted and Santeetlah Dusky salamanders.

Habitat:
This species occurs along small lowland streams and in seepage areas.

Breeding information:
Mating occurs in late summer and fall with eggs laid from July to October.

Status in Tennessee:
The Spotted Dusky Salamander appears across most of TN (except extreme Western and North-eastern TN); very abundant at lower elevations (<2600 ft).

Fun Facts:
Genus name Desmognathus refers to the bulging appearance on the sides of the head due to the large jaw musculature. 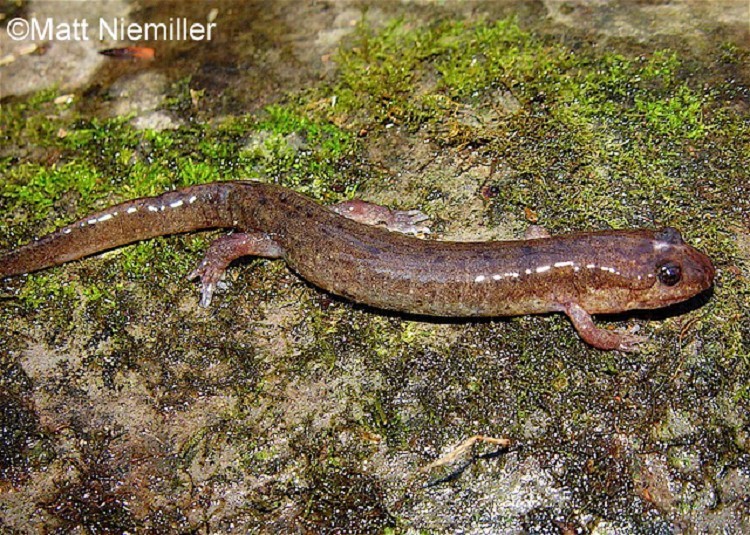