Description: A small, slender salamander (2.5 to 4.0 inches in length) with two color morphs, striped and lead-backed. The striped morph has a red to orangish-red broad stripe from the head to the tail, while the body color is brown to dark brown. The lead-backed morph has no stripe on the back and is uniformly dark gray in color. Both the morphs have a black and white patterned belly producing a “salt-and-pepper” effect.

Breeding information: Adults breed on land between fall and spring. Females lay an average of 6-9 eggs in moist natural cavities such as leaf litter, soil burrows, or rotting logs. Female typically broods eggs for 6-8 weeks and sometimes male will remain as well. Juveniles often remain in the nest cavity with the mother 1-3 weeks after hatching.

Status in Tennessee: Local populations can be numerous; however some have been extirpated due to deforestation.

Best places to see in Tennessee: Mature forests in northeast corner of TN. 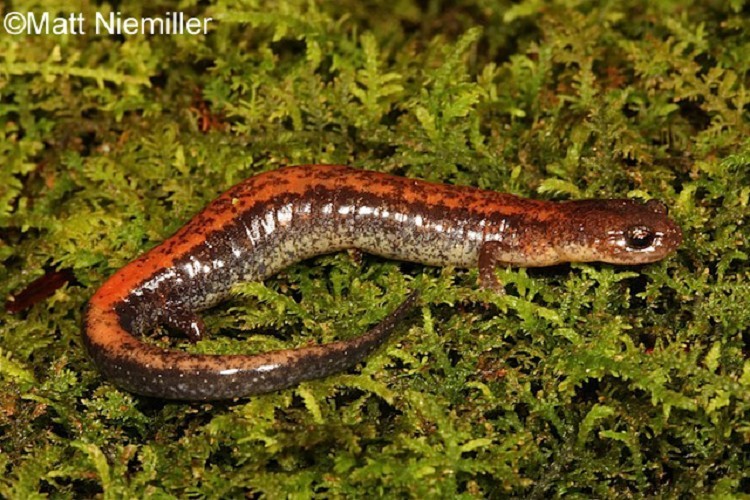