Th Southeastern Crowned Snake is a secretive, black-capped snake and occurs across the southern two-thirds of the state plus Stewart County.

Description: A slender, very small snake (8.0 to 10.0 inches in length) with smooth scales and a black head.   A light-colored band occurs on the neck separating the black head and black neck band.   The body is light brown to reddish brown.   Belly is white, light pink, or yellowish.   Young resemble adults.

Similar Species: Midland Brownsnake and Red-bellied Snake both lack a black band on the back of the neck and have keeled scales.   Ring-necked Snake has a bright yellow belly.

Breeding information: Adults usually breed in spring, but can breed in summer and fall. Females lay 1-3 eggs underground or beneath cover during the summer. Young hatch in the fall.

Status in Tennessee: Uncommon, but can occur in high numbers. Not protected in the state.

Best places to see in Tennessee: Sandy-soiled forests in the southwestern or southeastern part of the state. 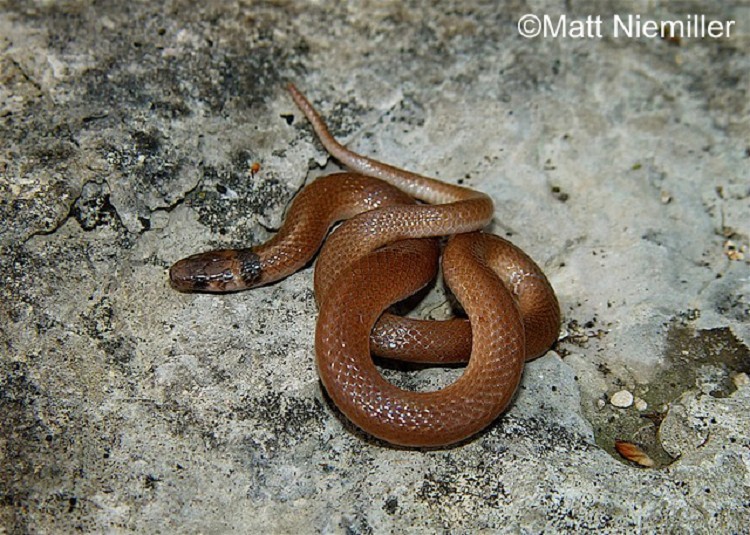