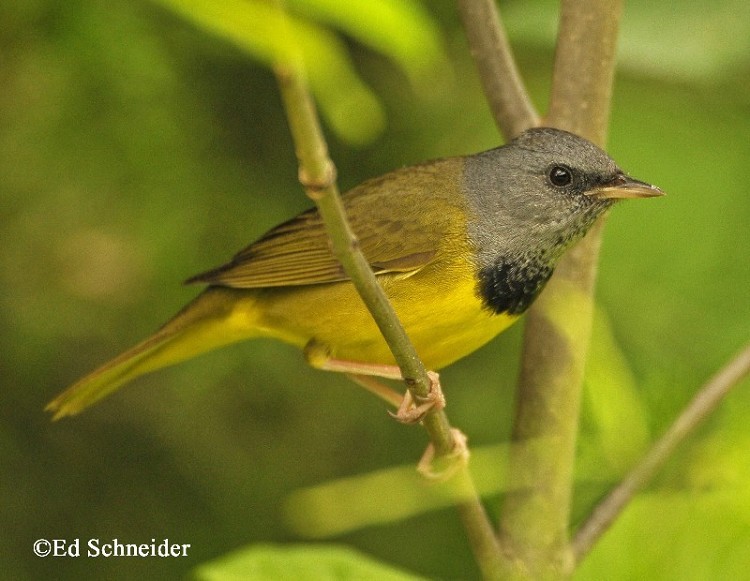 The Mourning Warbler usually remains hidden in low and dense vegetation.  It is a common breeding bird across Canada east of the Rockies and in the northeastern United States, and is a rare migrant in Tennessee.  The Mourning Warbler is most likely to be found in Middle Tennessee during spring migration as the birds return from their wintering grounds in southern Central America and northern South America.

Description: This is a small songbird that is olive-green above, yellow below, has gray hood, and pink legs. The breeding male has a darker hood with a patch of black where the hood meets the chest. Females and juveniles are duller and may have a thin incomplete eye-ring.

Nesting and reproduction: The Mourning Warbler has not been documented nesting in Tennessee.

Status in Tennessee: Rare migrant. Most likely to be seen from early May to late May and in fall from early September to early October. There are more spring records than fall records, and twice as many records for Middle Tennessee than in other parts of the state.

Best places to see in Tennessee: Weedy and shrubby thickets and in wooded areas with dense underbrush in Middle Tennessee during spring migration.