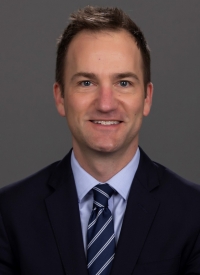 Stephen Smith is the Deputy Commissioner and Director of TennCare, Tennessee’s Medicaid program. In his current role, Mr. Smith manages a $14 billion health care enterprise that provides services to 1.7 million Tennesseans. Before becoming director, Mr. Smith served as the deputy director and chief of staff of TennCare. Prior to joining TennCare, Smith previously served as chief of staff to Governor Bill Haslam, where he oversaw day-to-day operations of the governor's office and served as top advisor and strategist. Smith previously served as deputy commissioner for policy and external affairs at the Tennessee Department of Education. He earned a bachelor’s degree from the University of Tennessee, Knoxville, and his law degree from the Nashville School of Law.