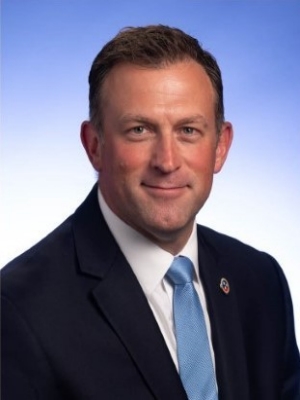 Mr. Nate Morrow was appointed to the State Board of Education in 2019. He earned his B.A. with a double major in Special Education and Human and Organizational Development and a Master of Education in School Administration from Vanderbilt University. While in graduate school, Mr. Morrow was chosen by the faculty and administration of Peabody College to be a discussion panelist with United States Secretary of Education Rod Paige, discussing the No Child Left Behind Act. He also worked in the Special Education Department as a research assistant. Mr. Morrow is in his fourteenth year at Christ Presbyterian Academy (CPA) and presently serves as Head of School.

During his tenure, the CPA faculty and staff have witnessed unprecedented growth and achievement in the areas of academics, arts, athletics, enrollment, advancement, community service, and college placement. He is currently serving as a mentor in the New and Emerging Leaders Initiative through the Tennessee Association of Independent Schools. Prior to his current position, Mr. Morrow served in public education both as a classroom teacher and school administrator. He began teaching fifth grade at H. G. Hill Middle School in 2002, between his brief time with the Tennessee Titans and NFL Europe. He went on to teach at W. A. Bass Middle School, and the Murrell School. In February of 2005, Mr. Morrow was assigned as the Interim Assistant Principal at Goodlettsville Middle School by Dr. Pedro Garcia and became one of Davidson County’s youngest administrators at 26.

In April of 2005, Mr. Morrow was selected to attend the Principals' Leadership Academy of Nashville where he spent the 2005-06 year studying educational leadership under renowned professors and mentors. In June of 2005, Mr. Morrow was assigned to serve as an Assistant Principal for Glencliff Comprehensive High School in MNPS. In the summer of 2006, Mr. Morrow became Head of Upper School at CPA, a position he held for eight years before transitioning into his current role. As Head of School, he led the CPA community to develop a five-year strategic plan with a focus on ensuring the Academy becomes a sustainable and accessible contributor for the growing Middle Tennessee area. Mr. Morrow and his wife Anne have four children, Jack, Luke, Lily, and Ali Rose.