This snake, which has the most elaborate defensive behavior of any other snake in Tennessee, occurs across the state. Also known as the “puff adder” or “hissing viper.”

Description: A stout, medium-sized snake (20.0 to 33.0 inches in length) with variable coloration and pattern, but easily distinguished by its upturned snout. The background color can be yellow, orange, gray, brown, or black, with brown, rust, or black rectangular patterns down the middle of the back.

Some adults may be almost all black or gray with little to no pattern. Belly is gray to yellowish with greenish-gray mottling. Females are longer and heavier than males. Young are more colorfully patterned than adults.

Habitat: Found in a variety of habitats, but generally prefers areas with sandy or loose soil where they can burrow. They can occur around farms, old fields, river floodplains, open woods, or rocky hillsides.

Breeding information: Mating occurs in the spring. Females lay 4-61 white, thin-shelled eggs in a depression in sandy soils during the summer. Young hatch in late summer.

Status in Tennessee: Appears to be common across the state. Hog-nosed snakes are vulnerable to persecution because of their dramatic behavior, which can be mistaken for a poisonous snake.

Best places to see in Tennessee: Areas with sandy soil, including floodplains or hillsides. 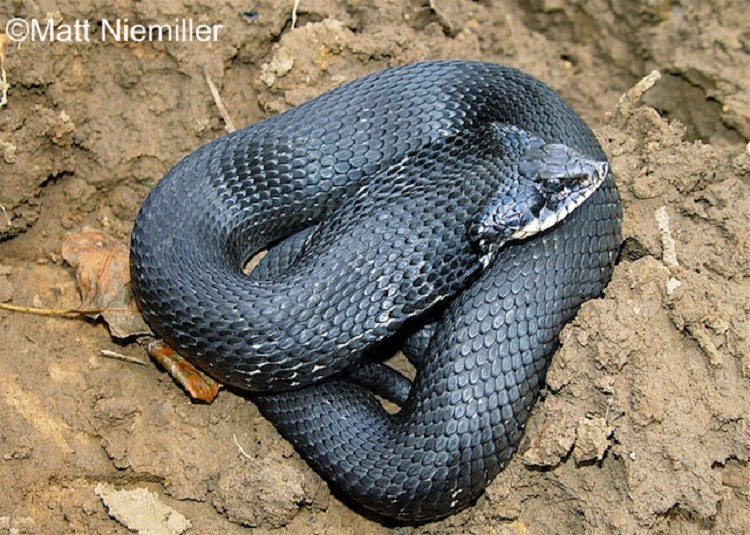