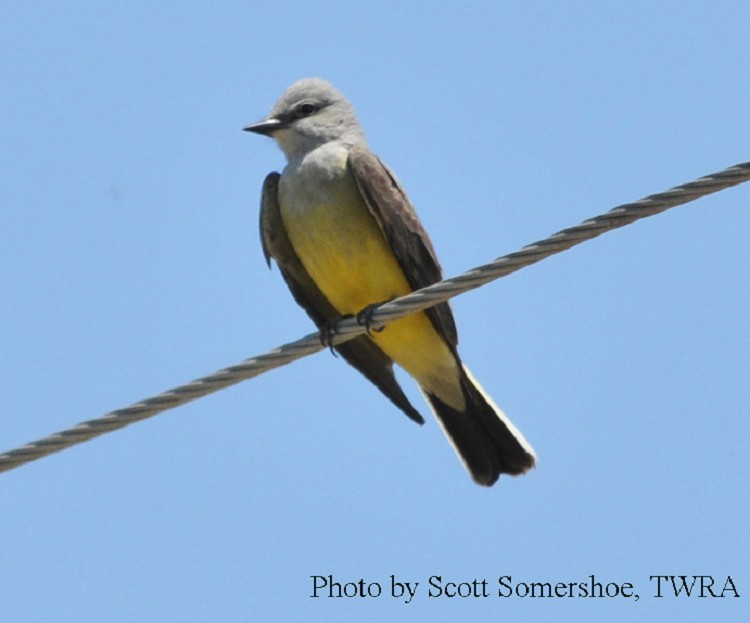 The most common and recognizable kingbird of the West, the Western Kingbird has adapted well to its ever-changing habitat by taking advantage of telephone poles and other man-made structures for nesting and utility wires and fences as hunting perches.

Like other tyrant flycatchers, the Western Flycatcher often uses acrobatic flying maneuvers to fly out from his perch, snatch insects out of the air, or from the ground returning back to the same spot. It is the most social of all kingbirds and has been known to nest in a tree with 2 or more other pairs in urban settings. Yet, the Western Kingbird also has the reputation of being aggressive and tenacious as it will chase hawks, crows, ravens, and other large birds from its nesting territory without hesitation.

Description: The Western Kingbird has a pale gray head and breast, small dark bill, whitish throat and breast, yellowish belly, olive-greenish back, and a black squared tail with white side edges.

Status in Tennessee: The Western Kingbird is a rare migrant and breeding bird in west Tennessee.