Site Directions:  From the intersection of TN-70 and Highway 11W in Rogersville, Take TN-70 North for 16.3 miles.

From the intersection of TN-33 N and College Street in Sneedville, Take TN-33 North for 11.4 miles. Turn right onto TN-70S continue 0.3 miles

Access:  Open year-round, however, Closed to non-hunters during Big Game Hunts Only.  Access to the WMA is via multiple gates or entryways, primarily foot travel only. The WMA may also be accessed by boat via the Clinch River using TWRA kayak and canoe launch.

Big game,  small game, and trapping are the same as statewide seasons, except as noted.

TWRA in partnership with The Nature Conservancy and other conservation groups in a combined effort to preserve the area’s rare, threatened, and endangered species of freshwater mussels.

The concerned area of the Upper Tennessee River watershed contains some of the most biologically diverse concentrations of freshwater mussels in the Continental United States.

It is also among the most degraded and threatened concentrations of mussels, containing some species that are globally unique. Kyles Ford waterfall and hiking trails are located on the WMA.

Wildlife to Watch: For the birdwatcher, Kyles Ford is a great place in east Tennessee area from fall through spring for a large variety of hawks, sparrows, and neotropical migrants. 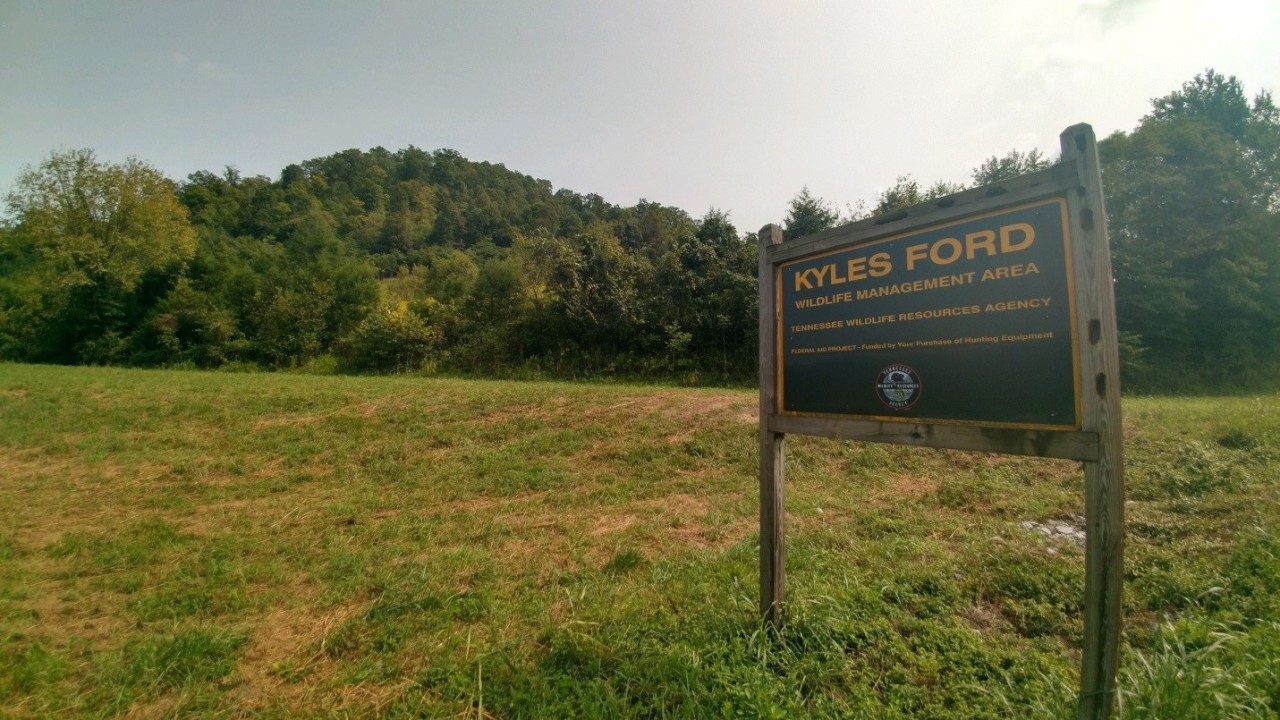